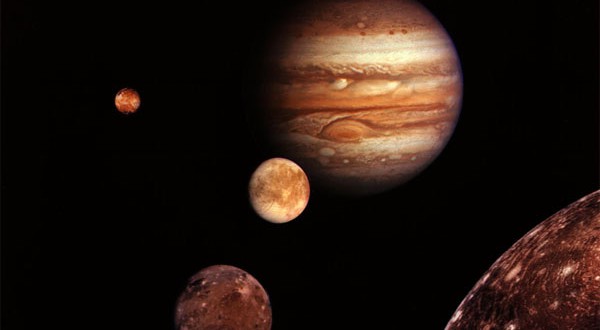 A new study suggests that life could have been transferred from the inner solar system to the moons of Jupiter and Saturn. 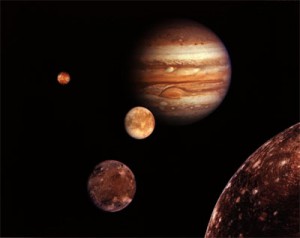 Panspermia, the theory that life can spread through space, has been studied by many scientists. Earlier this year, scientists posited that life on Earth was seeded by Martian life that made its way to Earth by hitching a ride on a meteorite. But for this latest study, astrophysicist Rachel Worth explains that she and her team at Pennsylvania State University “wanted to scale the simulations up in the hopes of seeing transfer to Jupiter and Saturn.”

Worth, the study’s lead author, and her colleagues analyzed the simulated trajectory of thousands of rocks to see where they might have traveled after being expelled from both Earth and Mars. According to Worth, the team simulated more than 100,000 individual fragments.

Most of these meteoroids slammed back into their home planet. A great many rocks also were either swallowed by the Sun or left the solar system entirely. In addition, large numbers hit planets more inward in the solar system from their home planet — for Earth, that means Venus and Mercury, and for Mars, that means Earth, Venus and Mercury. However, a small fraction of meteoroids did hit planets outward from their origin. 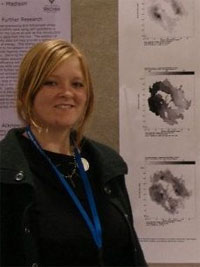 Rachel Worth. (Credit: Rachel J. Worth)

Scientists have previously suggested that organisms could survive in rocks ejected from impacts for up to ten million years. The researchers in this latest study calculate that approximately 83,000 meteoroids from Earth and 320,000 from Mars could have crashed into Jupiter within this time frame. Likewise, approximately 14,000 meteoroids from Earth and 20,000 from Mars could have impacted with Saturn in that time. According to Astrobiology Magazine, Since the moons of Jupiter and Saturn are relatively close to their planets, the meteoroids may have crashed into many of these moons as well. Researchers estimate that “Saturn’s moons Titan and Enceladus and Jupiter’s moons Io, Europa, Ganymede and Callisto should each have received between one and 10 impacts both from Earth and from Mars.”

The team’s findings suggest that, although the chances are slim, life could have potentially been transferred from the inner solar system to moons in the outer solar system. Worth explains that, based on her team’s research, “When planning missions to search for life on Europa or other moons, scientists will have to think about whether they can distinguish between life that is or is not related to that on Earth.”

The team’s findings were published in the journal Astrobiology.