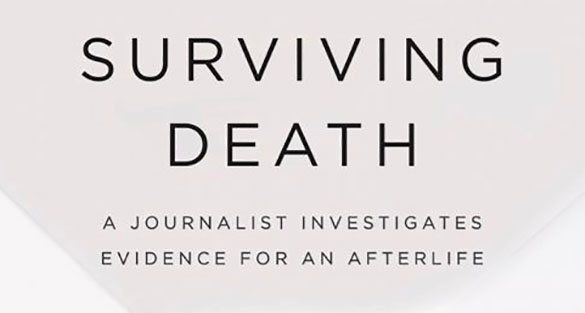 Open Minds UFO Radio: Leslie Kean is an independent investigative journalist and author of UFOs: Generals, Pilots, and Government Officials Go on the Record, a New York Times bestseller. She helped produce a 2011 documentary based on UFOs for the History Channel, made by Breakthru Films, an award-winning film company. Kean has been featured on CNN, MSNBC, FOX, The Colbert Report, and NPR and in USA Today, US News & World Report, and Columbia Journalism Review, among other media. She has been contributing articles to the Huffington Post since 2012, and has been recognized for her efforts to bring credibility to the controversial subject of UFOs through straightforward and honest reporting only on facts and official investigations.

Leslie’s latest book is Surviving Death: A Journalist Investigates Evidence for an Afterlife, a personal story of research into astonishing and thought-provoking information suggestive of survival past death. In this interview we talk about recent UFO news and then delve into the fascinating topics covered in her new book. From past lives, to near death experiences, out of body experiences, ghosts and channeling, we discuss studies which shed light on the fascinating idea that there is life after death.

For more about Leslie and her books, visit: www.SurvivingDeathKean.com.