This film was recently uploaded to YouTube. The magazine originally posted the video to its website by editor Jonathan Eisen on January 22 with the title, “Roswell Original Footage of Dead Alien Rediscovered by UNCENSORED Editor.” That post cites alternative news website All News Pipeline as the story’s source. Sure enough, All News Pipeline posted a story about this video on January 13 with the title, “Is This The Real Roswell Alien Footage?”

According to this article, UNCENSORED‘s “technical people did a frame by frame analysis prior going to press with it and determined that it was legitimate in every respect.”

The article continues describing that the video “not only shows the dead alien (probably from the Roswell crash) itself, but also the hanger [sic] and the alien body being carried into the hanger [sic] from the military ambulance that delivered it. It has enough clues to accurately date the footage from the late 1940s.” 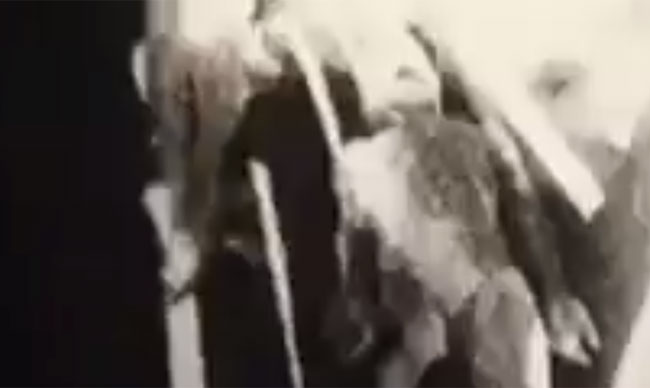 A still from the footage, allegedly showing an alien body. (Credit: Susan Duclos/YouTube)

In addition to pointing out how the film is authentic according to UNCENSORED‘s editors, this article states, “The magazine has not disclosed how UNCENSORED discovered or was given the footage, but is adamant about its authenticity.” Curiously, the byline on this article is UNCENSORED editor Jonathan Eisen.

The article claims that UNCENSORED is the first magazine to post images from this footage, and that “the complete footage itself was not released on the Internet by the magazine until now.” The problem with this assertion, of course, is that this footage has been circulating around the Internet for years. For example, here is the same footage, uploaded to YouTube in 2011:

And this footage also appears in the 2006 comedy movie Alien Autopsy. See it in the clip from the movie below at the 1:07 mark:

Although this alleged Roswell footage is certainly not a new discovery, its authenticity has been debated for years.

The well-known 1995 television documentary Alien Autopsy: Fact or Fiction showed an allegedly authentic autopsy of an alien recovered from the 1947 Roswell UFO crash. London businessman Ray Santilli, the man behind this documentary, claims that he purchased the footage from a former US military cameraman. Although he has since admitted that what is shown in the TV documentary was recreated in a studio because the original footage was damaged beyond repair, he has hinted that the brief black and white footage shown in the 2006 Alien Autopsy movie, and recently highlighted by UNCENSORED, is some of the original, authentic footage. 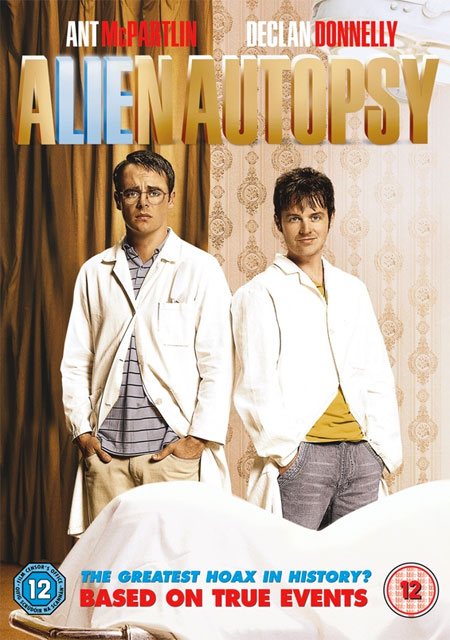 Some firmly believe that this short film sequence does show an actual alien from the Roswell UFO crash. Others have a difficult time accepting that possibility, especially since John Humphreys, the sculptor who made the alien for Santilli’s recreation, was also contracted to create the aliens seen in the Alien Autopsy comedy. “Yes I made the alien and performed the effects for the black and white sequence,” he explained to UFO researcher and author Philip Mantle.

As the Metro reports, despite the claims of authentication by UNCENSORED, Mantle “describes it as ‘utter bollocks’.”