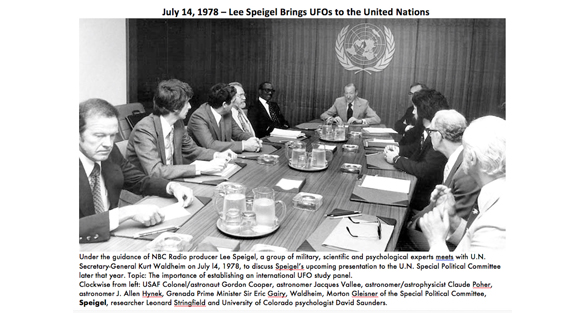 Open Minds UFO Radio: Lee Speigel is a career media personality who has worked as a print and broadcast reporter for CBS, NBC, ABC, and others. His latest mainstream media position was as a staff writer for the Huffington Post, reporting mostly on the UFO phenomenon and other paranormal topics. He is currently working with filmmaker James Fox on the documentary The Phenomenon set to be released in the fall. Lee has also just started a podcast on the KGRA network called Edge of Reality with Lee Speigel.

In this interview, we talk to Lee about the latest UFO news, the documentary, and his new podcast.

Listen to his podcast at: www.kgraradio.com/edge-of-reality-radio/