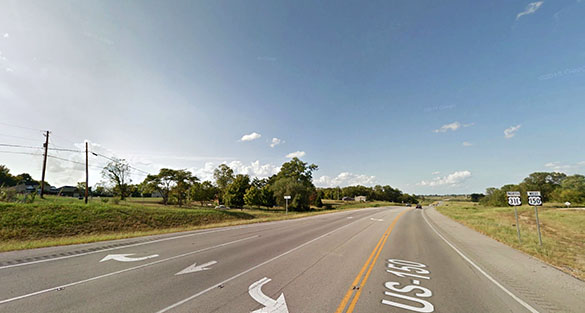 A Kentucky witness at Coxs Creek recalled a UFO incident from 2014 where a disc-shaped object was observed hovering over a neighbor’s home shortly after it appeared someone had entered his home late at night, according to testimony in Case 80839 from the Mutual UFO Network (MUFON) witness reporting database.

The reporting witness and his wife had just gone to bed about 10 p.m. on June 4, 2014, when the incident began. 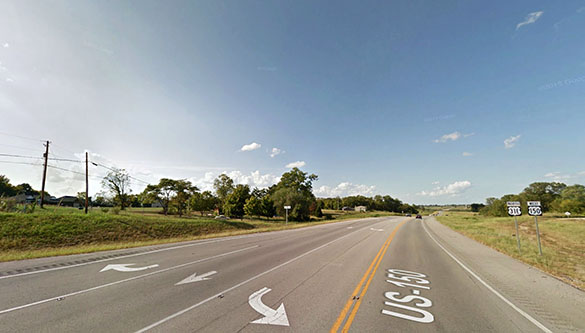 The witness first heard the sound of someone entering his home late at night. Pictured: Coxs Creek, KY. (Credit: Google)

“She was reading a book and I was watching television,” the witness stated. “The house was quiet. We live in a country type of area. The television was down low as not to disturb my wife. I heard our front door open (it makes a distinctive sound as the lower seal rubs the step plate). It had my attention, but I thought it was our son who has the only other key to our house.”

The witness then heard walking in the living room, but it sounded like more than one person.

“My wife looked at me and said, you know someone just came in the house, don’t you? So I answered, yes, I know. It has to be our son. He’s the only one with a key. And she says, what if it’s not? She was right, so I get out of bed, go to the closet and get my gun. We leave a small light on in the kitchen just to be able to see if someone is there, but they can’t see us well.” 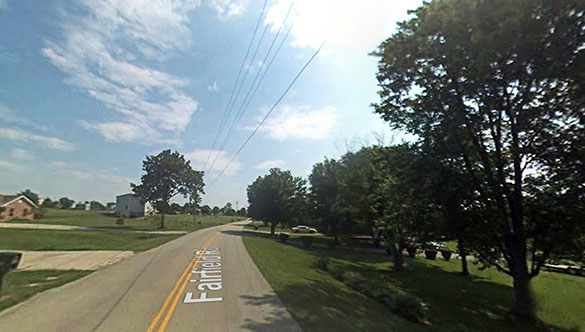 When the witness stepped outside, he saw the disc-shaped object hovering over a neighbor’s home. Pictured: Coxs Creek, KY. (Credit: Google)

The witness then moved through the house believing that it was his son making the sounds.

“I call out his name and say that I have a gun and not to be joking around, but no answer. So, I start going through each room turning on the lights as I go. I looked in every room. I even looked under beds and in closets because I know I heard someone enter our house. I found nothing. The front door was double locked. No windows open or unlocked.”

The witness then returned to his bedroom to tell his wife that nothing was found.

“She said, I heard someone. Are you sure? I said I heard someone too, but the door is locked and the house is safe. I told my wife that while I was up, I was going to go outside and smoke before going back to bed.”

The witness then took his gun and went out on the front porch.

“I usually sit on the steps and smoke, but I wanted to look around the house, in case someone was outside our home. Our garage is about 30 feet from our house,with a sidewalk joining them. So, I slowly walk toward the garage.” 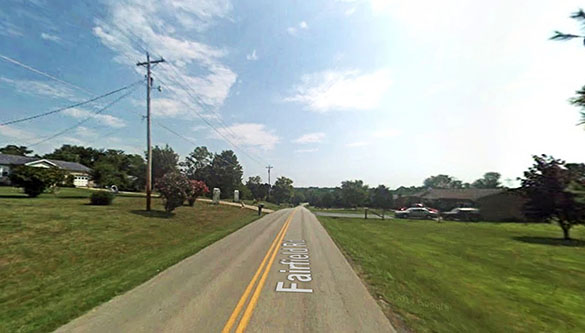 The witness made it half way to the garage when he noticed lights at his neighbor’s house.

“Hovering above his house was a UFO. It was sitting still and it was glowing different colors. It was made of metal, but the lights were the most vivid beautiful colors I have seen. Glowing green, then red, then blue. I know my wife is terrified of these things because we see them quite often, and she remarks, I don’t want to see them. I’m the opposite. I want to put my hands on one and look it over. I want to talk to them and know what they know. I just hope they are friendly and don’t dissect me. I see UFOs a lot. And it’s worthless to tell someone without proof. They pat you on the head and say they believe you. So, Iwalked to the door and said, hey honey, can you come outhere for a minute? She said, yes, so I walked back out on the sidewalk and waited. I remember thinking, I hope she gets here quick because these things don’t stay still for very long.”

His wife came outside and asked what he wanted.

“I said, look at Louis’ house. She saw it. She knows what it was, too. She grabbed my arm and said, let’s get back in the house. I said, don’t be afraid,it’s over his house, not ours, and it’s not doing anything but hovering. She was still scared, so we went to the edge of the garage and just watched. We had a real nice 12-megapixel camera, but it quit working three days earlier. It was killing me to see it this close and not be able to film it.”

The two watched the object for about 15 minutes until it started moving.

“It went above the trees and slowly went out of sight. About a week later, I saw my neighbor and told him what we saw. He said, I know which night you mean. I was in bed asleep, but I’m a very light sleeper. I heard someone come in my house, so I reached under my pillow and got my 44 pistol. I just stayed in bed and pointed the gun towards the door. I could hear someone going through my silverware drawer, opening cabinet doors, and walking around. I just listened. After a few minutes, it got quiet. I got up, announced that I had a gun and started through the house. I found nothing or no one. My door was still locked. So at least I know what I heard coming in my house, but I never heard them leave by the door.”

Coxs Creek is an unincorporated community along U.S. Routes 31E/150 known locally as Louisville Road in Nelson County, Kentucky. Kentucky MUFON State Director Roberta Smith investigated and closed this case as an Unknown. Please remember that most UFO sightings can be explained as something natural or man-made. The above quotes were edited for clarity. Please report UFO activity to MUFON.com.