Home / Articles / Entertainment / Kardashians get in on celebrity UFO tweets 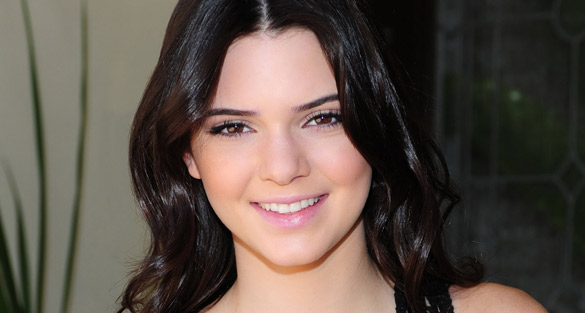 Kardashians get in on celebrity UFO tweets

There was a lot of excitement last week when Russell Crowe tweeted pictures he took in Australia four years ago that he believes are of a UFO. Not to be outdone, last night Kendall Jenner tweeted her own UFO sighting. Her sister, Khloe Kardashian, responded that she believed her, to which Kendall responded, “Khloe I’m tripping out!” 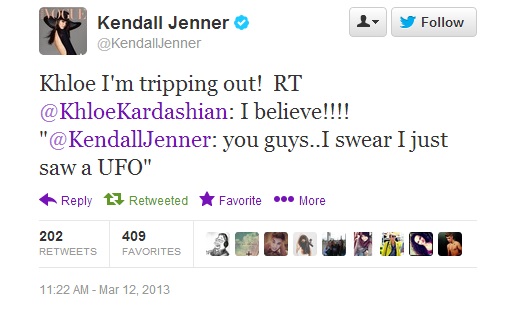 Did Jenner really see a UFO, or is she trying to cash in on the attention Crowe received? It would not be too surprising if she really did see something. Just last month the Mutual UFO Network received over 50 sighting reports in the state of California. We’ll see if she says anything more about the event in the next few days.

Tweeting UFOs seems to more and more popular with celebrities. Besides Crowe and Jenner, Demi Lovato, Billy Ray Cyrus, and Victoria Beckham, are just a few others that have tweeted their UFO sightings.