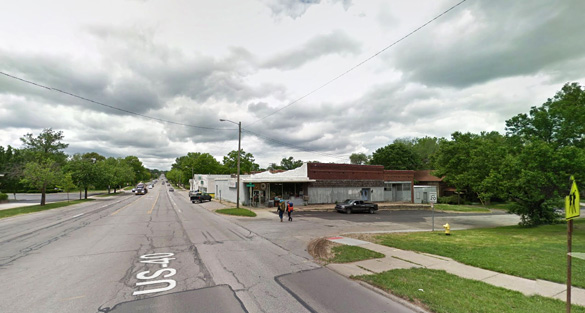 A Kansas witness at Lawrence reported watching a “shape shifting blob” drifting overhead and moving toward the University of Kansas campus, according to testimony in Case 70294 from the Mutual UFO Network (MUFON) witness reporting database. 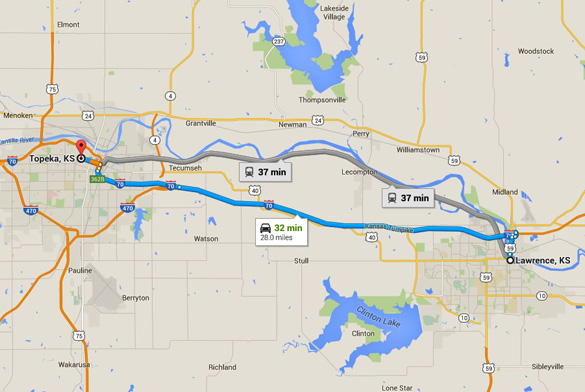 The witness was near the fairgrounds east of Lawrence and stepped outside on September 8, 2015, watching overcast skies with lower levels of puffy clouds.

“I sat facing directly towards the west or towards the University of Kansas,” the witness stated. “This day, Tuesday, was the day after Labor Day and the work day as an electrician had been full of frustrations. I had begun to accept that this day was truly unusual, and thought to myself something big was gonna happen and soon I felt a wave of uneasiness and anxiety rush over me.”

It was at this point that the object was first seen.

“At this time it entered my field of vision directly over my head from the west traveling east seemingly noiseless when half way through my field of viewing it I heard what could only have been regular air traffic that would have been above the cloud deck moving from southwest to northeast as they do routinely.” 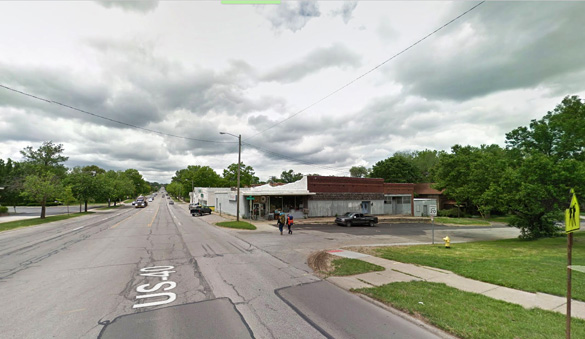 The object was moving east and apparently not making any sound when it was observed by the witness on September 8, 2015. Pictured: Lawrence, KS. (Credit: Google)

“I observed the craft/orb for a total of about 10-15 seconds before it left my field of view so I’ll break it down into three, five-second segments. At first glance it seemed to be dark and dense in the middle fading to gray around unshapely edges, almost like a plastic bag floating through the sky. For the middle of the duration, my mind could not make any connections to an explanation as to what I could compare this object to at this time. I’m equally awe stricken and terrified as I hear the noise of the unseen aircraft passing over, I immediately rule out the possibility that this noise is coming from the object and try to focus on the shape. “

The witness was comparing what was seen with known objects.

“It had no wings, no vapor or condensation trails of a mechanical engine. At this point that it is not directly overhead, I struggled to see if this was transparent – only slightly darker than the clouds – or if it was actually a charcoal gray color. It was very smooth looking with no permanent hard edges, yet at this midway point I was thinking of sacred geometry forms and could almost make out what appeared to be what I believe is referred to as Metatron’s Cube. In the final seconds it appeared to look more cube-like with features where the sides are slightly caving in and bulging out.”

The witness was watching the object’s flight.

“At this time it traveled across my neighbor’s roofline out of sight. If I wanted I could have walked around the edge of his building to follow it. I choose not to as I was semi-paralyzed with fear that this orb/trans-dimensional being would pick up on the fact it was observed and come back for me. I flicked my cigarette in the grass and went inside immediately to check on my two teenage children, safe for now, and I’m on edge paranoid.” 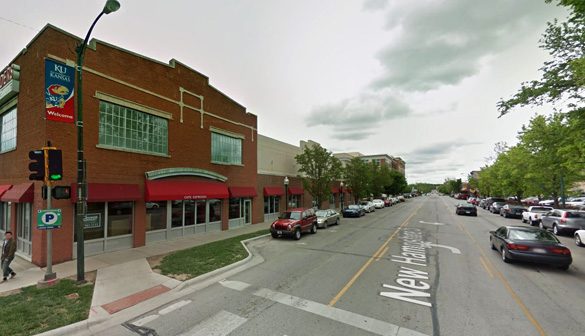 The witness said the object had no wings or no vapor or condensation trails. Pictured: Lawrence, KS. (Credit: Google)

Lawrence is the sixth largest city in the state of Kansas and the county seat of Douglas County, located in northeastern Kansas, population 87,643. Please remember that most UFO sightings can be explained as something natural or man-made. The above quotes were edited for clarity. Please report UFO activity to MUFON.com.