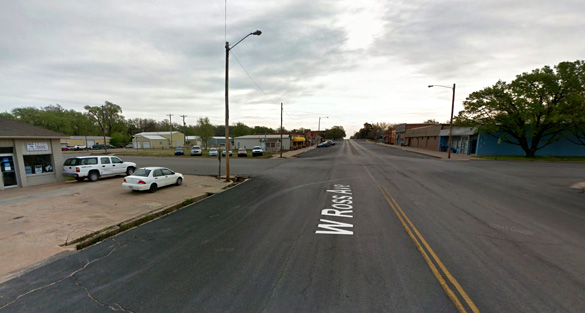 A Kansas witness at Clearwater recalled a UFO incident from the 60s when she and two family members had an encounter with a disc-shaped UFO that shot a beam of light inside their vehicle, according to testimony in Case 75494 from the Mutual UFO Network (MUFON) witness reporting database. 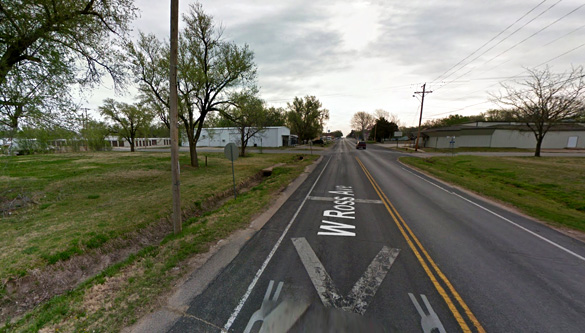 The witness was driving eastbound through Clearwater about 8 p.m. in March 1966 or 1967.

“We noticed a very black object hovering above the power lines alongside a train track,” the witness stated. “It had small windows and was lit up on the inside.”

All three family members reacted at about the same time, asking, “What is that?”

The object then started to travel in the direction of their car, flew over the car and then hovered in front of the car closest to the passenger side. 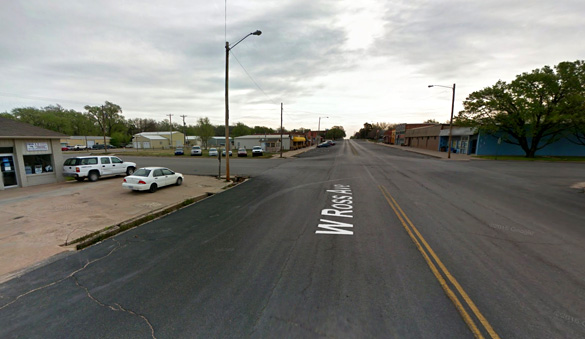 The UFO moved over the vehicle and shown a light into their car. Pictured: Facing east in Clearwater, Kansas. (Credit: Google Maps)

“My brother had either stopped the car or it has stopped on its own. There was a very bright, yellow beam of light that was directed at the car and lit up the inside. We all sat very still and didn’t move until I looked at my brother and said, ‘Don’t stare, just go!’”

The witness studied the object.

“About that time the yellow beam of light went out and a door in the bottom of the object closed, then the object took off at a 45-degree angle and dissipated into the air in about three seconds. The car started and we started traveling east on the rural road. We were all silent and I remember feeling angry, nauseated and upset at the incident. I didn’t want to even think about it because it was so unpleasant.” 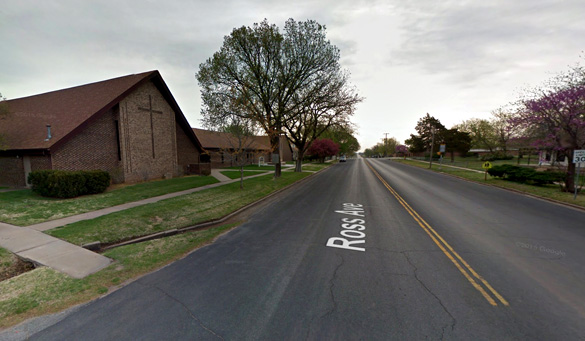 Another family member attempted to find out what happened.

“When we got home my mother called the Air Force base close to our home and they denied having any knowledge of anything. I am an elderly woman who has always wanted an explanation as to what this was but doubt that I will ever know. There were no cell phones to take pictures in those days.”

Kansas MUFON Assistant State Director Larry Jordan and Field Investigator Rick Carver are investigating. Clearwater is a city in Sedgwick County, Kansas, population 2,481. Please remember that most UFO sightings can be explained as something natural or man-made. The above quotes were edited for clarity. Please report UFO activity to MUFON.com.