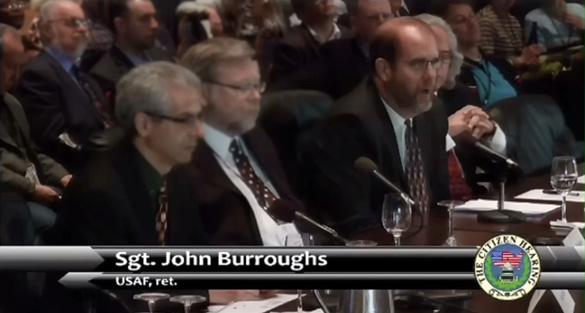 Open Minds UFO Radio: John Burroughs is one of the primary witnesses to a mass UFO sighting in December, 1980. He and others saw UFOs on multiple nights near the Bentwaters Royal Air Force Base in Suffolk, UK, which was on lease to the US Air Force. Now he is suffering from medical issues that may be related to these events, but is being denied his military medical records. A couple weeks ago we spoke with his lawyer, Pat Frascogna, who says the records are classified. In fact, the USAF denied Burroughs was in the military at all in 1980, but they have fixed this “error” at the behest of a request from Arizona Senator John McCain’s office.

We talk to John about what he experienced in the Rendlesham Forest, outside of RAF Bentwaters, and we ask about other controversial aspects of his sightings, such as the dates of the events, which have been debated. We also talk about his efforts to get his military records, and to get other documents released regarding the Rendlesham forest incident. These efforts have included getting the UK government to admit that they have not released all of their UFO files, as they claimed a few years ago.