A witness flying between Florida and Puerto Rico reported watching and videotaping a cylinder-shaped UFO that appeared to be hovering at an altitude below the jet’s 37,000 feet, according to testimony in Case 56602 from the Mutual UFO Network (MUFON) witness reporting database. 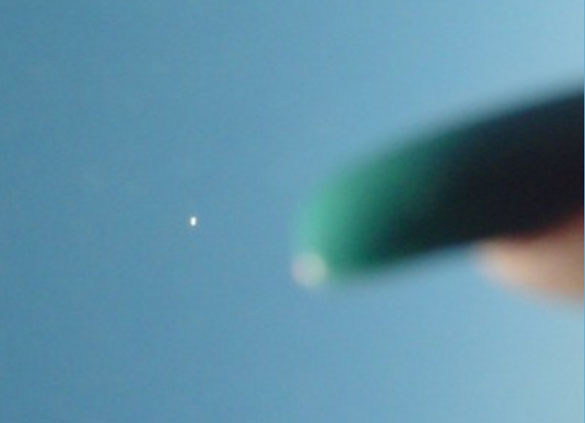 The witness points to the object in the video. (Credit: MUFON)

The incident occurred about 11:15 a.m. on March 12, 2014, and was reported to MUFON on May 25, 2014. The case was investigated by Ohio MUFON State Director Thomas Wertman and closed as an Unknown.

The witness said the skies were clear flying to Puerto Rico on Jet Blue Flight #1938 which departed from Orlando, FL, at 10:15 a.m. and was expected to land at 12:59 p.m. The object was seen approximately 45 minutes prior to landing “north of Mona Passage.”

“My daughters and I noticed and observed this UFO. We were not the only ones observing this anomaly. I heard others commenting about it. But this object was hovering or stationary which was very unusual.” 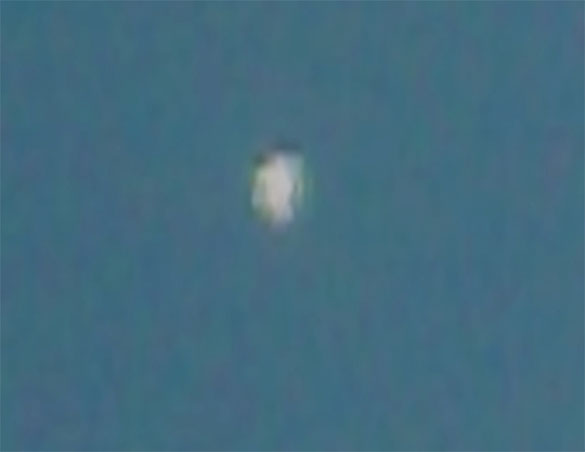 The witness attempted to rule out other known objects.

“Upon my arrival I checked different places online to see if any stars or satellite were visible during that period of time. My search revealed nothing. Also you can see the top and bottom of it and of course it is cylindrical. I can’t tell you how big it was since there was no background solid object to compare with. The object appears to expand and contract and is a silver/metallic color.”

Wertman stated in his report that Mediainfo was used to extract the metadata information.

“The witness used a Kodak C813 digital camera. Date and time was March 12, 2014, at 11:22 a.m. The witness stated the video was taken about 45 minutes before the end of the flight and the flight was to arrive at 12:59 p.m. The flight information was retrieved from the Flightaware website.

“The Aircraft did not arrive at 12:59 p.m., but at 12:37p.m. If the witness’s approximate time is correct the aircraft would have been off the Turks Islands. The witness’s estimate of 45 minutes appears incorrect. Using the camera’s data time of 11:22 p.m. places the aircraft near San Salvador. This is closer to the CMS report of date and time. 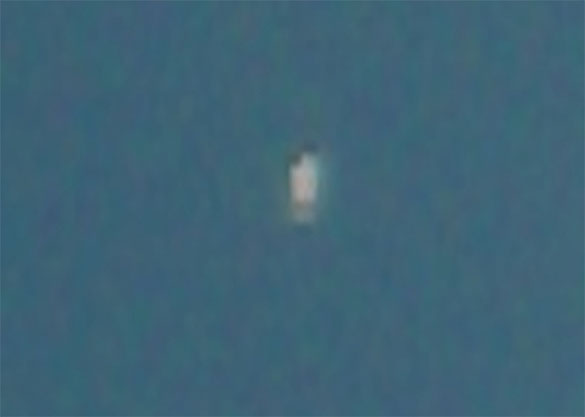 “In the video the witness is seen pointing at an object. The object does not appear to be a reflection from the window. The object is not moving consistently with the camera shake. The witness also appears to be pointing down at the object.

“The data from Flightaware combined with the video is inconclusive on identifying the object. The case is classified as Unknown – UAV.”