Home / Featured / James Fox hints at new evidence related to the Roswell UFO crash
A team of investigators discovered a piece of metal while searching with metal detectors in the alleged debris field. 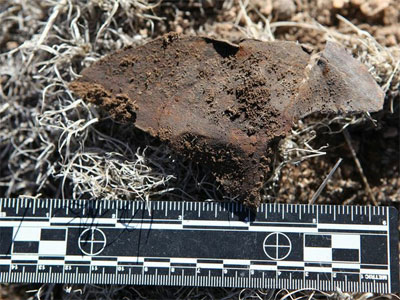 A team of investigators recently made some “interesting discoveries” at the alleged crash site of a UFO in 1947 near Roswell, New Mexico. During an interview on the web series Spacing Out!, filmmaker James Fox, who stars in the NatGeo television series Chasing UFOs, hinted that the Chasing UFOs team discovered a piece of metal while searching with metal detectors in the alleged debris field, where in 1947 rancher Mac Brazel told the Air Force he found pieces of a crashed object.

New Mexico Military Institute teacher Frank Kimbler also discovered metal fragments in this area in 2011. Initial tests on those fragments concluded that “either the lab made an analytical error or the material is not from Earth.”

Fox was not able to confirm whether or not the Chasing UFOs team did any lab tests on the metal sample they discovered. But the team did work with Kimbler during their investigation.

Watch the interview with James Fox below: