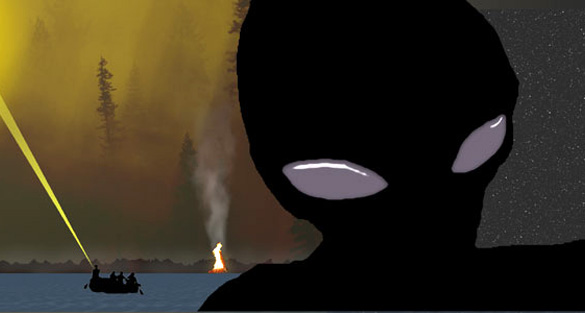 Open Minds UFO Radio: Jack Weiner along with his twin brother, Jim, and his friends Chuck Foltz and Charles Rak believe they were abducted during a kayaking trip in Maine in 1976. They had an incredible UFO encounter, and when some of them began having nightmares, they underwent regression therapy, separately. Their accounts of what happened during their UFO encounter in 1976, which they had not remembered consciously, were remarkably similar.

Last week we aired an interview with Jim Weiner. This week we interview his brother, Jack, to get his perspective. Medical issues have prevented Jack from being able to travel with his brother to participate in lectures on their experiences. That makes this a rare interview with one of the key figures of the Allagash Abductions.

You can find out more about the Allagash Abductions on this DVD of Allagash experiencer, Chuck Foltz, at the International UFO Congress. The lecture includes video interviews of Jim and Jack Weiner.

For more about Jack, Jim, their experiences, and their art, visit: www.allagashufotwins.com.