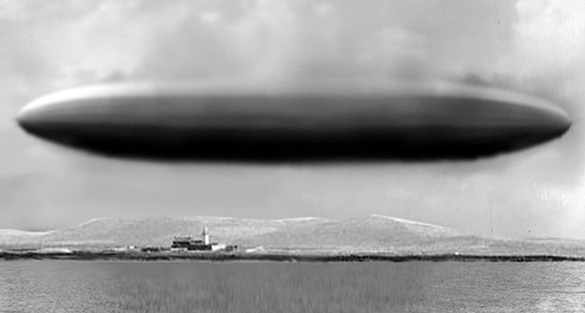 An Irish witness at Galway recalled a UFO incident from 1986 now referred to as the Salthill UFO Sighting, according to testimony in Case 82139 from the Mutual UFO Network (MUFON) witness reporting database. 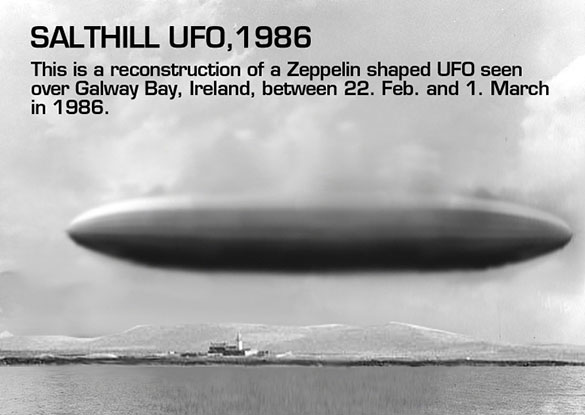 “One early spring day I walked up a hill on my way to Salthill beach,” the witness stated.“It looked liked it could rain, even though there were patches of blue in the sky. As I examined the clouds, to judge if it would rain soon, a cigar-shaped object appeared in the sky between the roofs of a row of houses. As I continued walking the object moved in the sky relative to the position of the houses on the ground, due to the perspective.” 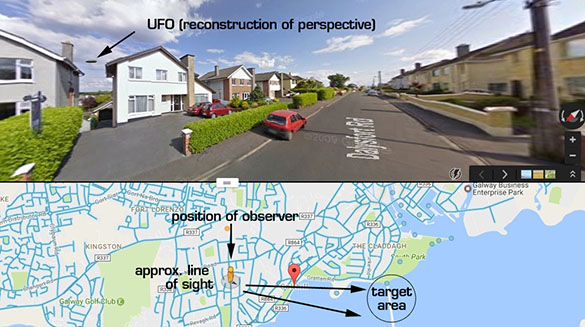 The witness attempted to estimate the object’s distance.

“It hovered above the roof tops about one or two miles away, not moving. It’s appearance and color made me think of a Zeppelin. Then I continued walking and the object disappeared behind the roof of a house and some trees, because I moved and the perspective changed. I expected to see it again where it should have reappeared, but it remained disappeared.” 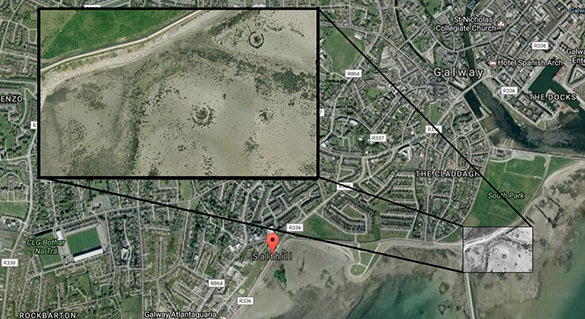 The witness then walked back to where the object was last seen.

“A slow-moving blimp should still have been in about the same position in the sky. But the object was no longer there. All this happened within a few seconds. After I reached the top of the hill I walked down to the beach promenade, I could see that there was a lot of activity in Claude Toft Park, next to the beach. It looked like a festival was going on. At the seafront, I had a clear view of the whole sky, and I asked people about having seen a blimp or if balloons had been launched for the festivities, but no one had seen anything.” 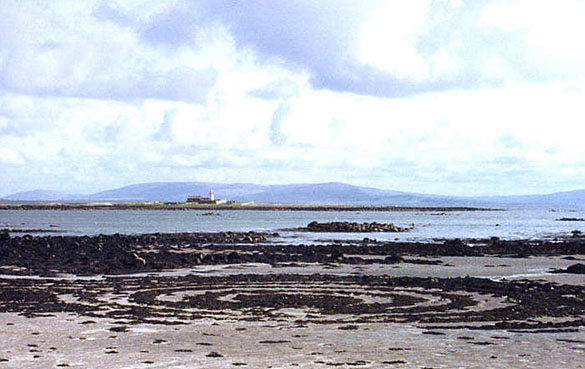 Galway is a city in the West of Ireland in the province of Connacht, population 79,504. Please remember that most UFO sightings can be explained as something natural or man-made. The above quotes were edited for clarity. Please report UFO activity to MUFON.com.