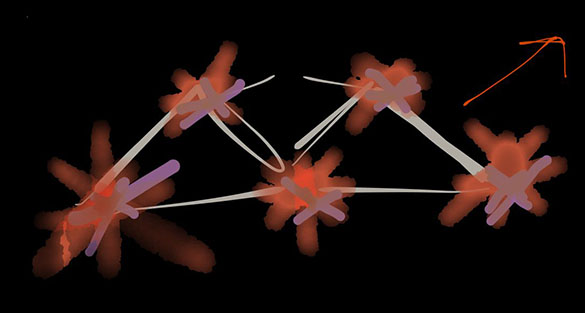 An Iowa witness at Iowa City reported having a brief encounter with a chevron-shaped UFO that banked hard and quickly moved away, according to testimony in Case 79752 from the Mutual UFO Network (MUFON) witness reporting database. 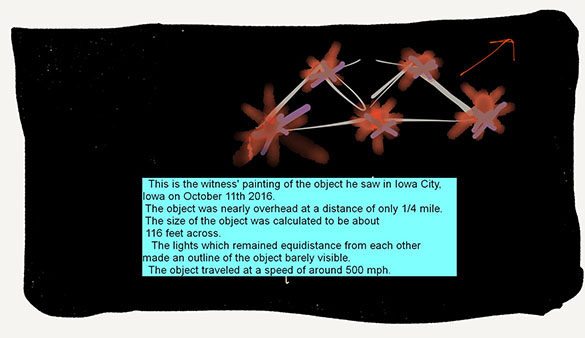 “Saw stationary lights in a ‘W’ or chevron wedge above my head with some unusual light patterns,” the witness stated.“Was silent. I am in the flight path of a municipal airfield and planes go directly over my home to land approximately 200 yards away – small craft, but slow and low — usually very loud but not enough to be alarmed.” 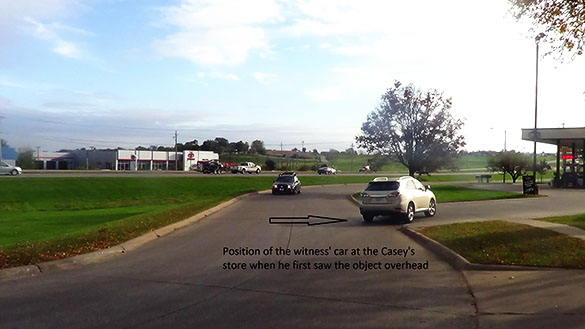 The witness assumed the object was a plane.

“But no accompanying sound before during or after. Nice weather – had window down driver’s side and sunroof was open. Also, it wasn’t moving. Most planes move.”

“Light pattern changed when it glided onward ahead of me, banked sharply as a lazy course correction of sort. Couldn’t recall if lights were in a pattern of changing. It was soon far ahead of me and I can’t tell if I lost sight from clouds or just distance or some other intervention. I first felt odd for a plane holding still in the air. Then it wasn’t like most planes I have seen.” 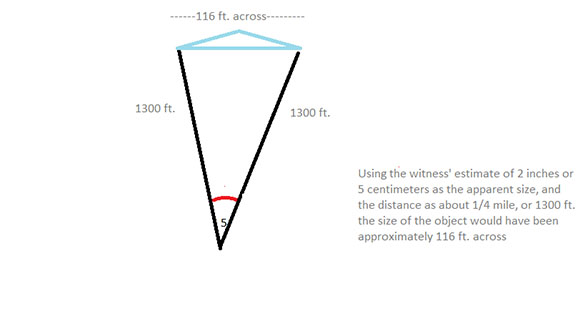 The object then quickly moved away.

“Then it accelerated away faster than a car could, even a fun car. Also, it was above me and quickly rolled to the right to be going more south-southwest and southwest. It was loosely following the road.”

Iowa MUFON Field Investigator David Kreiter investigated this case and closed it as an Unknown.

“The object itself was barely discernable behind the array of equidistant-spaced lights that outlined its chevron shape,” Kreiter wrote in his report. “The object made no noise as it hovered overhead for about 10 seconds, and then it took off due south at a very high rate of speed, banked to the right, and then continued in a south-southwest direction. It disappeared only about two to three seconds after it moved from its initial stationary position.” 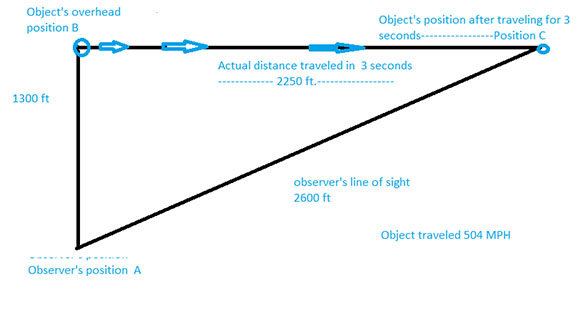 The investigator interviewed the witness at the sighting location.

“He said that the general color was pink, but the lights might have had multiple colors. He said that he often saw planes coming low into the airport, so it took him a second or two to figure out exactly what he was seeing. He was shocked to see that the object was silently hovering just about one-quarter mile above his car. He didn’t stop his car, but continued on at a very slow pace. After about 10 seconds, the object took off at a very high rate of speed. After about a second, it banked slightly to the right and headed off toward the south-southwest in the same direction as highway 1.

“During the interview the witness said that the object was about the distance of ‘metal horns’ at arm’s length, which is a reference to a salute fans perform at a rock concert when they raise their arms and extend the index finger and the little finger of their hand. This distance is about two inches or about five centimeters. When the object was at its furthest point from the witness, about three seconds after the object took off at a high rate of speed and before he lost sight of it, the apparent size was about one-half the initial apparent size that the witness reported when the object was stationary above his car.

“Because of the flight characteristics of the object, the shape of the object, and the color of its lights, it is unlikely that the object was natural or human-made.The temperature was 61 degrees, with calm conditions and a clear sky at the time and date of the sighting. No similar cases were reported during the time, date, and location of this sighting to my knowledge.Taking into account the credibility of the witness and the results of the ensuing investigation, I have assigned this case a disposition of Unknown–UAV.”