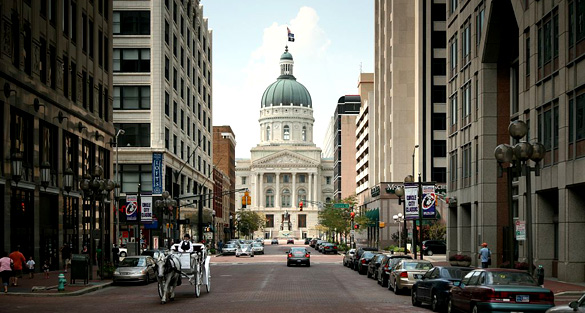 An Indiana witness at Indianapolis reported having a peaceful feeling just prior to observing a silent, disc-shaped object “only a couple of hundred feet away,” according to testimony in Case 70607 from the Mutual UFO Network (MUFON) witness reporting database. 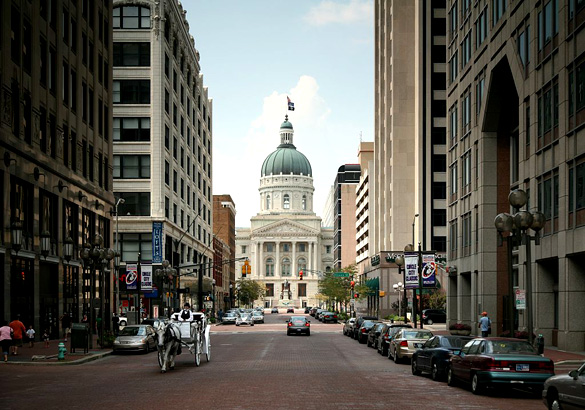 “I was smoking a cigarette outside and get an urge to look up,” the witness stated. “I stand up and look straight up. I get a very calm feeling for no reason and even begin smiling; feeling very peaceful and even euphoric.”

But then the witness studied the sky above him. 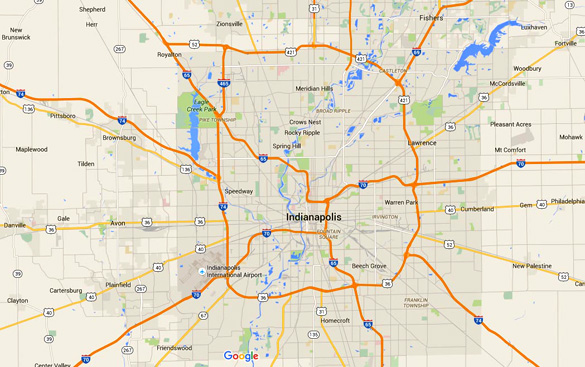 The witness reported that the object was just a couple of hundred feet away. (Credit: Google)

“Suddenly a yellowish-green disc light appears in front of me stationary, and then flies directly over me until out of sight behind the top of the house.”

The witness was struck by how close the unknown object was.

“It was probably only a couple hundred feet away. It made no noise.”

The witness decided to file a report.

“I reported it to MUFON. It was awesome and amazing and I can’t stop thinking about it.” 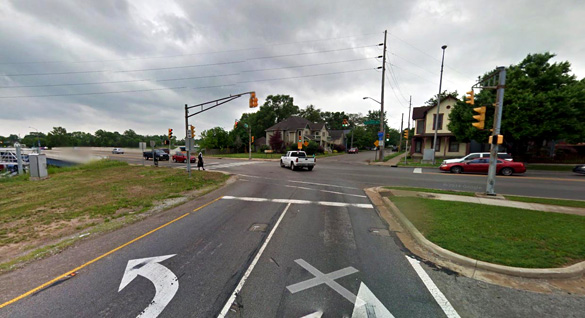 No images or videos were included with the MUFON report, which was filed on September 18, 2015. Indiana MUFON is investigating. Indianapolis is the capital of Indiana, population 843,393. Please remember that most UFO sightings can be explained as something natural or man-made. The above quotes were edited for clarity. Please report UFO activity to MUFON.com.