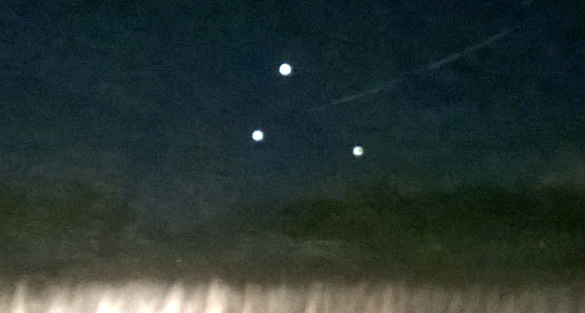 An Indiana witness in Crawford County reported watching and photographing “three, bright, white, hovering orbs” in a triangle formation, according to testimony in Case 76612 from the Mutual UFO Network (MUFON) witness reporting database.

“I disregarded them and kept driving,” the witness stated.“When making my second round through the same area, I noticed the three orbs were in the same spot. I thought that I may have been too sleepy to really know, so I stopped in the road and starred for approximately 2-3 minutes and realized they weren’t moving.” 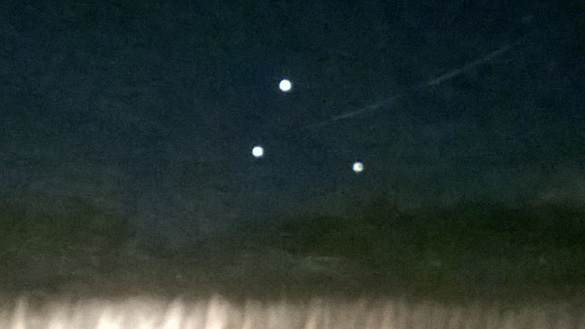 The witness was on the phone with a friend and the call kept dropping, but was detailing to the friend exactly what was being seen. 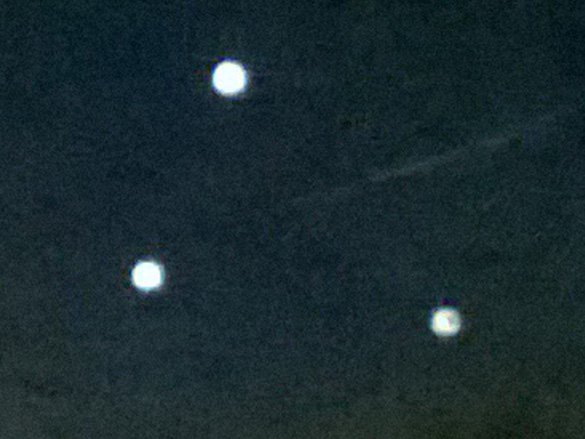 “I decided to go another round and saw that the orbs were still in the same spot. I pulled over again and noticed a cloud was between the orb formation and decided to take a picture of the orbs. The orbs were bright white and glowing but did not emit a noise, light, or cause any other trouble. I have traveled this same route numerous times at the same time at night and have never seen it before or since. The whole ordeal lasted approximately 45 minutes to an hour. The orbs stayed exactly the same and I decided to go home. I didn’t feel nervous, scared, or anxious. I just felt curious and interested.” 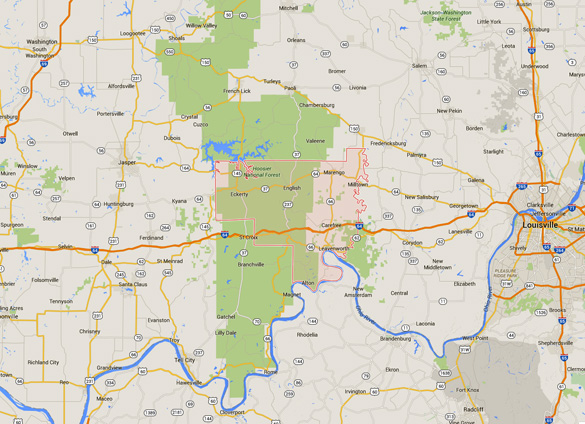 The witness was tired and drove away from the orbs that remained hovering. Pictured: Crawford County is in south-central Indiana. (Credit: Google)

The report was filed with MUFON on May 26, 2016. Indiana Field Investigator Patrick O’Brien investigated this case and closed it as an Unknown. Crawford County, IN, has a population of 10,713. Please remember that most UFO sightings can be explained as something natural or man-made. The above quotes were edited for clarity. Please report UFO activity to MUFON.com.