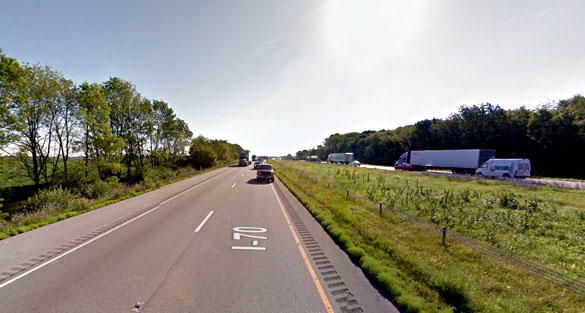 An Indiana witness at Greencastle reported a hovering, glowing sphere along Interstate 70 that appeared to move toward the ground level, according to testimony in Case 74094 from the Mutual UFO Network (MUFON) witness reporting database. 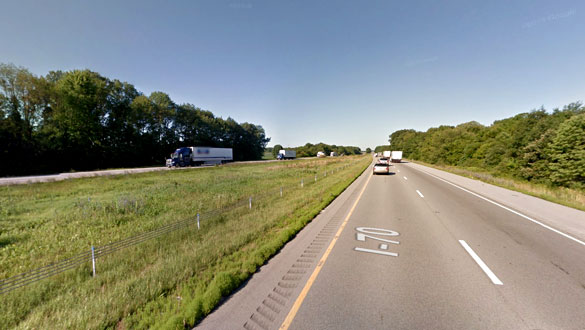 The witness first thought the object was part of a distant antenna while driving along eastbound I-70 in Greencastle, IN, pictured. (Credit: Google)

The witness was driving to work about 7:05 a.m. on January 25, 2016, along eastbound Interstate 70 near the Greencastle exit when a light in the sky was first seen and thought to be attached to an antenna.

“I then realized the light I could see was not flashing like the ones on those antennas,” the witness stated.“The object was hovering in place.” 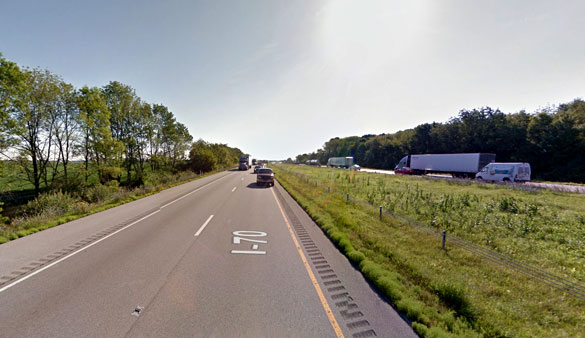 The object began moving horizontally while the witness watched from eastbound I-70 in Greencastle, IN, pictured. (Credit: Google)

The witness was driving and could not stare directly at the object.

“I once again trained my attention back to the object. It was now beginning to move horizontally to the right from my perspective. This lasted only a few seconds.”

But then the object seemed to take a nose dive.

“The object suddenly descended almost straight down into the treeline. It moved so fast I expected to see smoke or something to begin to rise in the area it happened. I did not see anything after that. I later checked online news to see if there had been any flight accidents or meteor sighting. Nothing had been reported to my surprise. I am a rational person with analytically-inclined conclusions. My reporting of this event was not taken lightly. I cannot explain what I witnessed.” 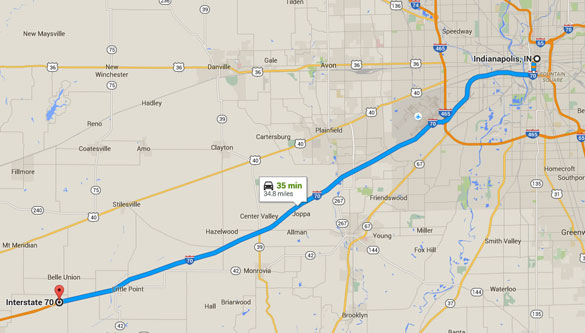 Greencastle is about 35 southwest of Indianapolis, IN. (Credit: Google Maps)

Greencastle is a city in Greencastle Township, Putnam County, Indiana, population 10,326. Please remember that most UFO sightings can be explained as something natural or man-made. The above quotes were edited for clarity. Please report UFO activity to MUFON.com.