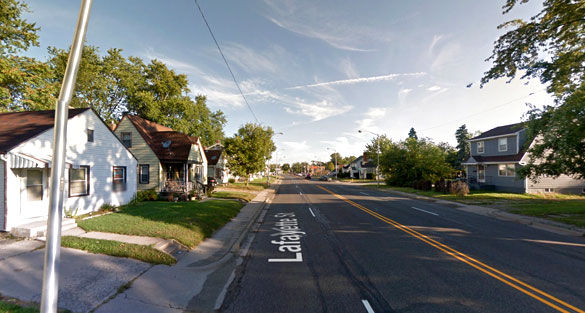 An Indiana witness at Fort Wayne wondered what Fox Mulder would do on the “X-Files” while watching a black triangle UFO that moved close to a busy highway and hovered, according to testimony in Case 74099 from the Mutual UFO Network (MUFON) witness reporting database. 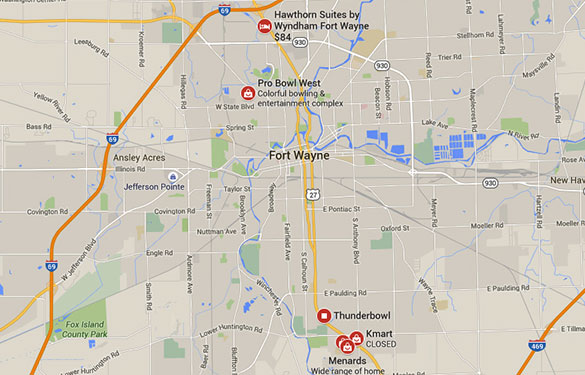 The witness was southbound along Highway 27 in Fort Wayne, IN, pictured, when the UFO was seen hovering over the roadway. (Credit: Google Maps)

“The sun had just set not that long before the sighting happened,” the witness stated. “I first saw a solid light in the sky descending. My first thought was that it was a plane landing since there is an airport not but five miles away from the highway.”

The witness continued to watch the light, but noticed it shifted its course away from the airport.

“At that point I was starting to feel a little worried. I thought maybe something was wrong with the plane. But just a few seconds later I realized this wasn’t a plane at all.” 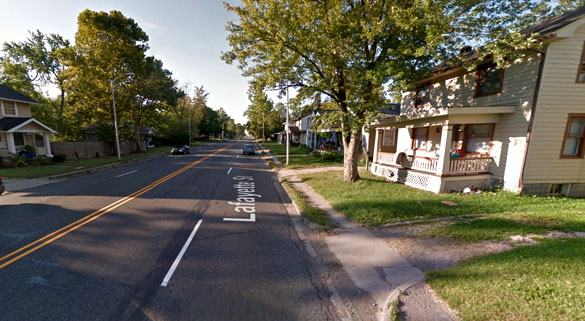 The witness briefly considered the object to be a helicopter, until the UFO moved directly over the road and stopped quickly over a nearby tree line.

“Now I know this is going to sound funny, but I thought, ‘What would Fox Mulder do?’ So I pulled over in a nearby median, got out of my car and immediately noticed it was a triangle-shaped UFO. My jaw dropped and hit the floor. This thing was just hovering over a tree line right next to a busy Highway.”

The witness then surveyed the area and noticed there were no other cars slowing down or stopping to observe this incredible moment.

“It had red and white lights on the bottom and sides of the craft. The red light was blinking no different than you would see on a chopper or plane, but the white lights seemed to ‘pulse’ in and out. The UFO continued to just hover there for a moment, but it started moving again and it crossed the road again. It actually almost went right over me.”

The witness became a little panicked at that moment.

“But I kept my cool because – to be honest it was more intriguing than frightening. I try to keep a sense of wonder about the unknown or just science in general rather than fear it. So the craft started moving in a zigzag pattern down the highway.I got back in my car and started following it, but it picked up too much speed and altitude to continue pursuing it.”

The witness reported no anomalies at the scene. 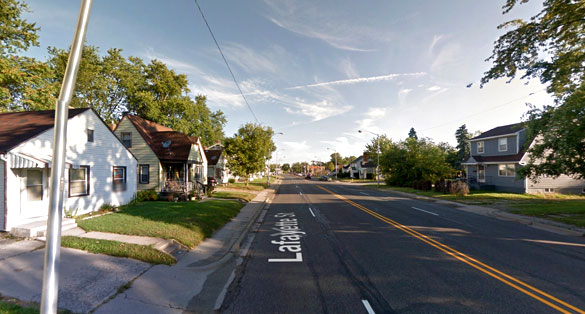 The witness reported that the object moved down to the tree line level over Highway 27, pictured, and hovered before moving slowly away. (Credit: Google)

“And if you were wondering, no it didn’t affect my car or me, nor did I experience a loss of time or contact by any Men in Black. It is just something I feel fortunate enough to have witnessed.”

The case was reported to MUFON January 16, 2016. Indiana MUFON State Section Director Philip Devon Leech investigated this case and closed it as an Unknown. Please remember that most UFO sightings can be explained as something natural or man-made. The above quotes were edited for clarity. Please report UFO activity to MUFON.com.