A program is seeking entries for a science project that will attempt to collect microbes that could exist in Earth’s upper atmosphere at the edge of space. 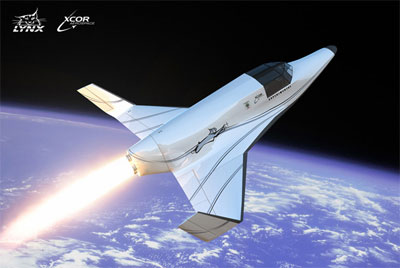 The United States Rocket Academy’s project Citizens in Space is seeking entries for a science project that will attempt to collect microbes that could exist in Earth’s upper atmosphere at the edge of space.

This science project, named the High Altitude Astrobiology Challenge, was announced on Saturday, May 19, and gives participating citizen scientists the opportunity to win up to $10,000. Citizens in Space project manager Edward Wright explains that this project, inspired by a NASA astrobiologist, is asking citizen scientists to develop hardware for collecting high-altitude microorganisms. Approximately one hundred of these collection devices will be selected and flown aboard a low-cost suborbital spacecraft, like the XCOR Lynx.

According to Universe Today, “XCOR Aerospace is a private California-based company that has developed the Lynx, a reusable launch vehicle that has suborbital flight capabilities.” Citizens in Space currently has a contract with XCOR Aerospace for ten suborbital spaceflights. The winning microorganism collection device from the High Altitude Astrobiology Challenge will fly on all ten flights.