A Texas witness at Texas City reported watching and videotaping lights in a triangle formation that appeared to be hovering, according to testimony in Case 63624 from the Mutual UFO Network (MUFON) witness reporting database. 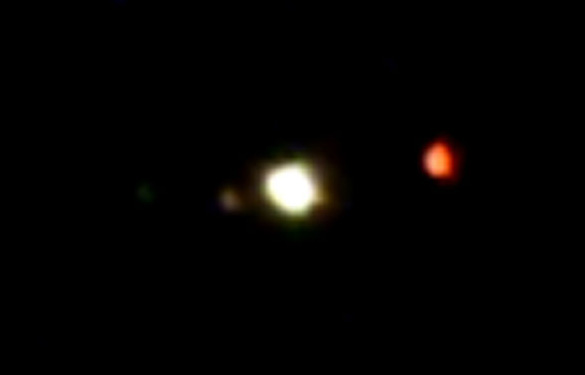 The witness was driving south about 6:45 p.m. on February 25, 2015, when a group of lights in a triangle formation appeared in the sky to the east.

“I had to turn and when I was again facing the lights the top light had broke formation and was traveling in a northwestern direction,” the witness stated. 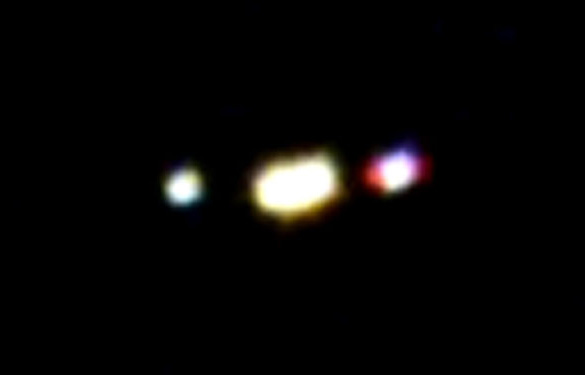 The witness decided to pull over to take photos.

“I wish I could have gotten the formation before the top craft broke it. I was in awe because I hear people talking about lights in a triangular shape and I had never experienced it. These lights seemed awful low to me when I first noticed them and they were just staying still until that one on top moved. When it moved I was videotaping them and had noticed that when I viewed it on a big screen and not my cell phone screen I could see a small flashing, silvery-blue light going the opposite direction and faster than the craft it was flying by.” 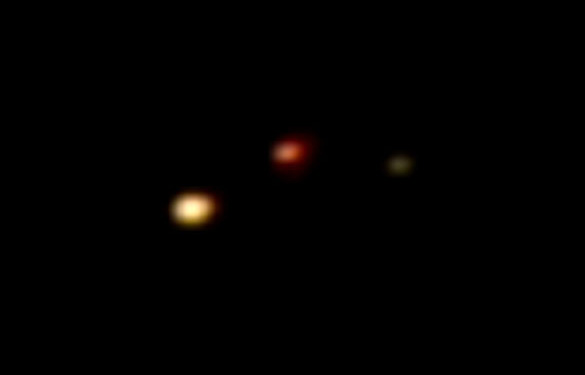 The witness believes there was more than one object.

“It also seemed to fly in an uneven path and would get close to the craft. Well the first light got to the distance where I couldn’t see it behind the church that I was at. I filmed the other two lights as the second light had broke formation and was taking the same path as the first light. Seemed like it was almost identical in height and speed as the first one and on the exact path as the first one as well. That one had passed behind the church so I couldn’t see it anymore. I looked at the third light but my arms were sore from holding the big, heavy camera that I finally had to go home.”