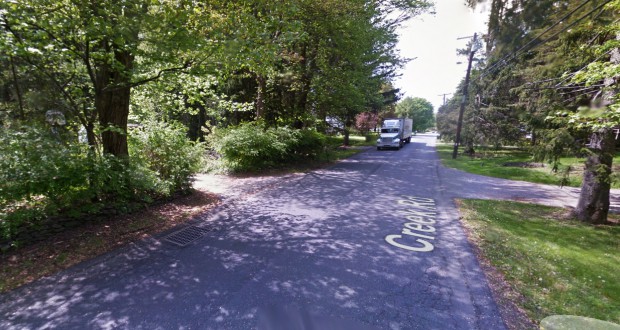 The Hyde Park, NY, witness recalls looking out a bedroom window during the summer of 1976. Over the trees at the far side of the house was a bright white, perfect pyramid craft. Pictured: Hyde Park, NY. (Credit: Google)

A New York witness at Hyde Park recalled a UFO incident from the summer of 1976 when a pyramid-shaped object hovered over her home, according to testimony in Case 62997 from the Mutual UFO Network (MUFON) witness reporting database.

The witness recalls getting out of bed and moving toward a window in her home when the object was first seen in the summer of 1976 during the late night or very early morning hours.

“Over the trees at the far side of the house was a bright white, perfect pyramid craft,” the witness stated. “My first thought was it was a two-man ship.” 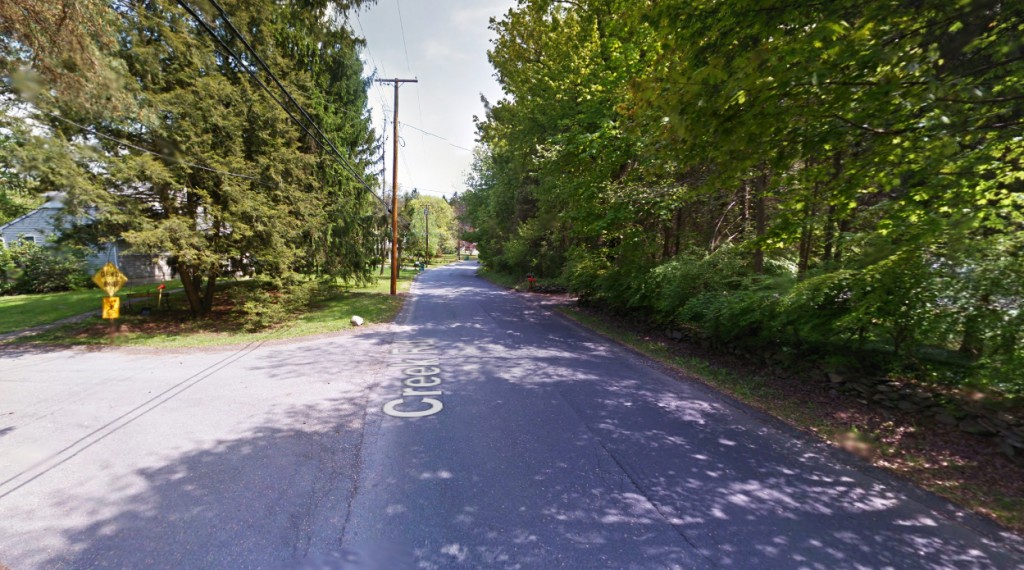 “The main body of it was bright white and it spun rapidly, but it flew straight. On one point was a blue light; on one tip a green light and on the other tip was white light. Part of me remembers a red light somewhere.”

“I remember touching my eyes to make sure I was awake. It was maybe 20 to 25 feet off of the ground and maybe10 feet away from the side of the house slowly flying parallel to the second floor of the house. There was no sound.”

The witness became afraid thinking that the object could also see her.

“At first I was amazed and then I thought – if I can see it, they can see me. Then I had an overwhelming feeling of dread and fear. I ran to the closet and hid.”

But hiding in the closet did not block the witness from the object.

“I remember seeing the bright light under the door and then I’m in my mom’s room crying and she’s telling me to go back to sleep. My Dad walked me back to my room and my friend who was sleeping over said she saw something in the neighbor’s driveway. Next thing I know I’m coming home from school the next day. Then when my Dad got home, he told my Mom that she should have believed me because in the paper was an article that said the town about 30 minutes away saw the same thing I saw.” 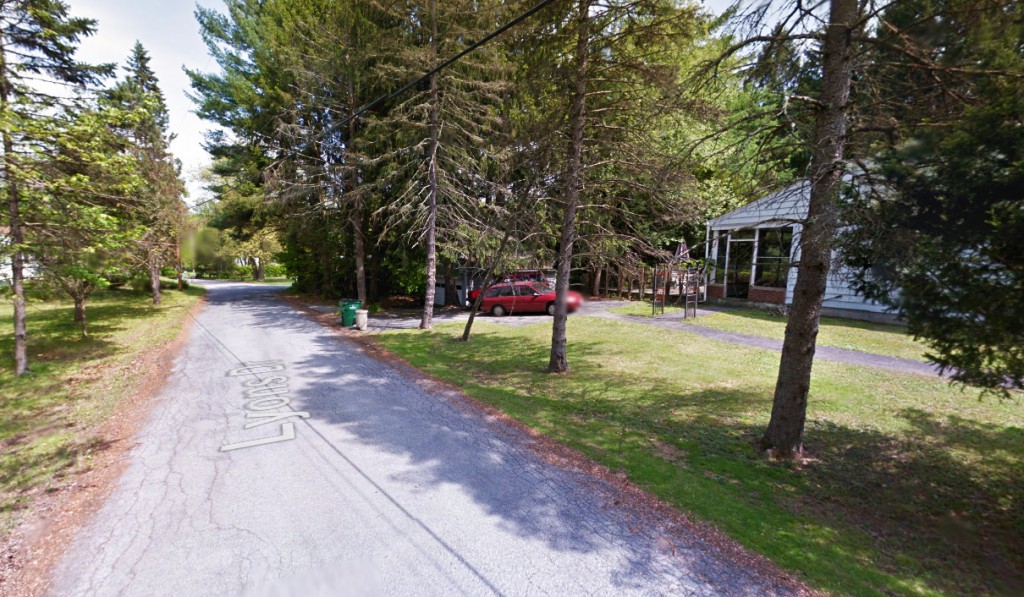 The following day, the witnesses’ father saw an article in a local newspaper that described a similar object being seen in a nearby town. Pictured: Hyde Park, NY. (Credit: Google)

The newspaper article convinced her parents.

“After that she always looked at the sky as she wanted to see them too. I was 13 when that happened. I’m 51 now and I can’t talk about it without crying even after all these years. I don’t know what happened to make me cry when I think about it still. I do have a lot of dreams about ships in the sky and I see the tall shining, blonde, beautiful people. But I had to tell someone about my sighting even though it was a long time ago. I’m still a little scared that the ‘men in black’ will come to the door.”

Hyde Park is a town located in the western portion of Dutchess County, New York, population 21,571.

No images or videos were included with the MUFON report, which was filed on January 31, 2015. Please remember that most UFO sightings can be explained as something natural or man-made. The above quotes were edited for clarity. Please report UFO activity to MUFON.com.