As we all know, Hillary Clinton has been campaigning in New York, and on Monday, while in East Harlem, she sat down with the Power 105.1 Breakfast Club. One of the hosts, who believes he may have been abducted by aliens, asked if she was really going to tell the truth about UFOs. Hillary said, “I am.”

This is one of several times Clinton has confirmed her earlier statement that if she is president she will try to declassify files on UFOs. However, she does add the caveat that she will not be able to release any files that are closed due to national security. 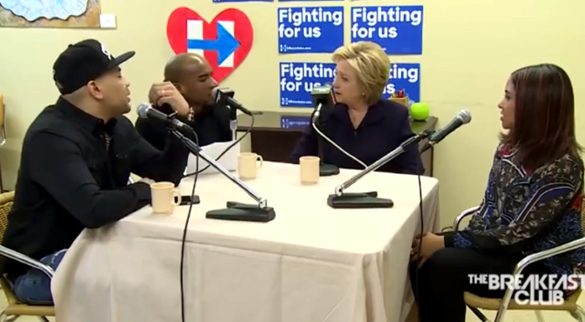 She told the Breakfast Club, “I mean, if there’s some huge national security thing and I can’t get agreement to open them, I won’t. But I do want to open them because I’m interested.”

When asked if she believes in UFOs, Clinton replied, “I don’t know. I want to see what the information shows. But there are enough stories out there that I don’t think everybody is just sitting in their kitchen, making them up. I think that people see things. What they see, I don’t know. But we have got to try to give people information. I believe in that.”

There has been a lot of debate as to why Clinton keeps discussing UFOs when asked. Typically, politicians gloss over the topic or make a joke of it. However, she has repeatedly answered confidently that she intends to look into the matter. Her husband, former President Bill Clinton, says he looked into them and did not find anything. 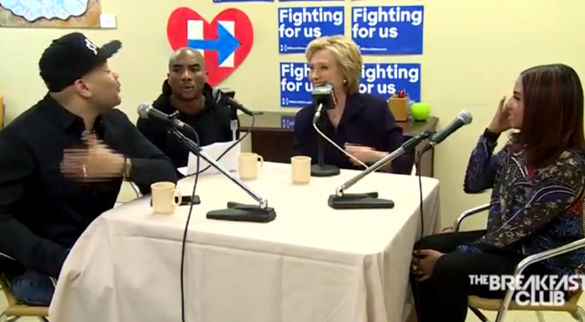 The cynical view would be that Clinton has no interest in the topic, she is just pandering for the “UFO vote.” In the past, the strategy of answering UFO questions straight forward has been detrimental. When presidential hopeful Dennis Kucinich was asked during a presidential debate in 2008 about a UFO sighting he claimed to have had with Shirley MacLaine, his answer was met with laughter.  Some feel this moment seriously damaged his campaign.

If talking UFOs is damaging to a presidential campaign, then maybe she really does have an interest in UFOs. As we have written about before, there is some evidence that she had discussions about UFOs with the late Laurance Rockefeller, who was a family friend and advocate of serious UFO research.

However, Lee Speigel of the Huffington Post argues in an article about these recent statements that the “UFO vote” could number in the millions. He references a 2012 National Geographic survey which showed that 36% of Americans believe extraterrestrials have visited Earth, and 80% believe the U.S. government is keeping information on UFOs hidden from the public.

As Speigel points out, “That’s a lot of potential, UFO-friendly, registered voters.”