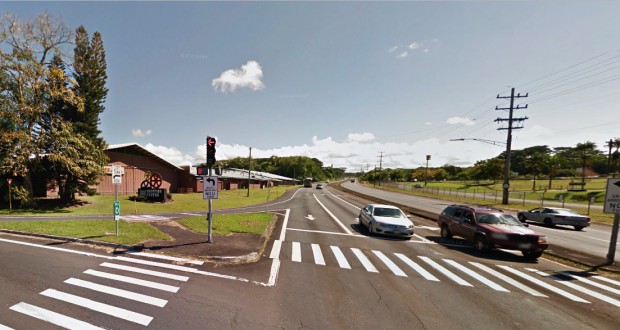 A Hawaiian witness at Keaau reported watching a silent, bell-shaped UFO with two rows of lights less than 75 yards away, according to August 6, 2014, testimony in Case 58688 from the Mutual UFO Network (MUFON) witness reporting database.

The witness was outside walking a dog about 4:30 a.m. on May 5, 2014, when he first saw two red lights side-by-side near the end of a dirt road and first assumed they were tail lights.

“They bounced in unison and then they bounced up and out of sight,” the witness stated. “While I thought it unusual, I wrote it off as a unique reflection.” 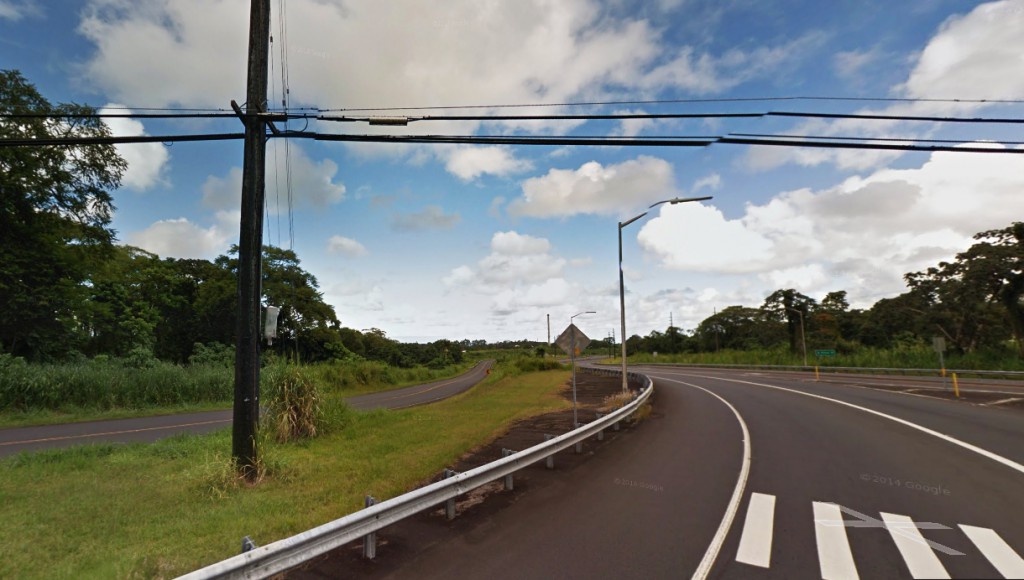 The witness first saw two red lights in the distance that he thought were attached to a vehicle. Pictured: Keaau, Hawaii. (Credit: Google)

The witness points out that he has a background in sky watching.

“I’ve spent a lot of time on Mauna Kea by myself and volunteering to run the telescopes at the Visitor Center. I’ve counted a dozen satellites in one evening. I’ve seen illumination, signal and other types of flares from the military base. I’ve watched the ISS cruise over the mountain. I’ve seen teardrop meteors, moon bows and a sprite. I’ve seen just about everything that would make someone scream UFO. Only twice I’ve seen objects far up in the sky that I couldn’t explain due to its unique movements.”

Then 10 to 15 seconds after he saw the two red lights an object much closer got his attention.

“It was roughly 50 to 75 yards away. It was bell-shaped and lit up with the four aforementioned colors. I didn’t see it land or take off and it made no sound.”

The witnesses’ dog seemed to be unaware of the object.

“When I called my dog’s name it sounded as if I was in a vacuum – as if my voice was extremely loud and originated in front of me.”

“It was roughly 15 feet tall and 10 feet across at the base. There were two strips of lights spinning in opposite directions. I could make out the shape but couldn’t make out any features because of the lights. The lights were very plasmatic in nature but the colors were very apparent and didn’t blend.” 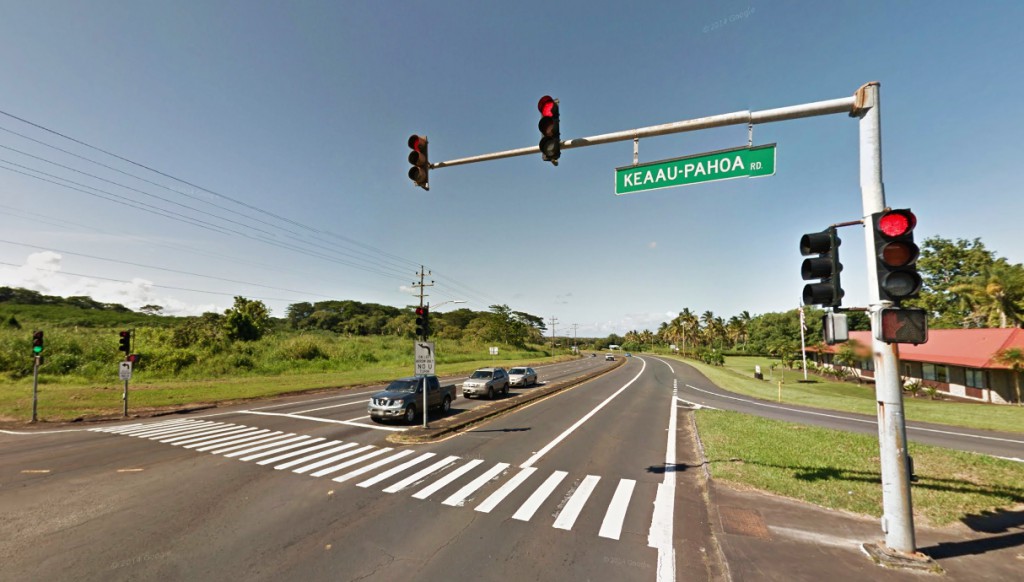 Keaau is in Hawaii County, population 2,010. MUFON Hawaii is investigating. Hawaii has a current UFO Alert Rating of 5 with a low number of recent reports nationally. Hawaii had 3 UFO reports in June 2014 – the 36th highest reporting state – while California had 107 reports as the highest reporting state. The above quotes were edited for clarity. Please report UFO activity to MUFON.com.