A woman saw a glowing UFO in the sky above Sacramento, California on two separate days.

The witness, Sunda Barker, was walking home on the afternoon of August 9 when she noticed a UFO in the sky. She describes the aerial object as gold and extremely bright. And she states, “It was beautiful. It was radiant. It was just unexplainable.” She immediately began taking photos of the UFO with her iPhone camera. 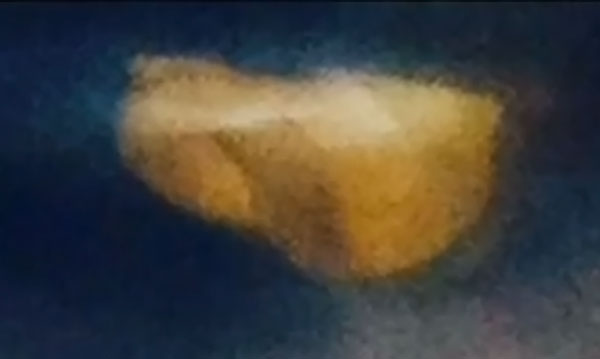 Local ABC affiliate KXTV News 10 aired a news segment about Barker’s sighting. Reporter Damany Lewis explains that, in describing the aerial object, Barker “didn’t want to use those three initials: U.F.O.” Like many UFO witnesses, Barker is hesitant to refer to the mysterious object as a UFO because, as she explains, “everyone thinks I’m crazy.”

KXTV News 10 meteorologist Monica Woods suggests that what Barker witnessed was a Sun Dog. She describes this phenomenon as “a halo created when lights interact with ice crystals in the atmosphere.” 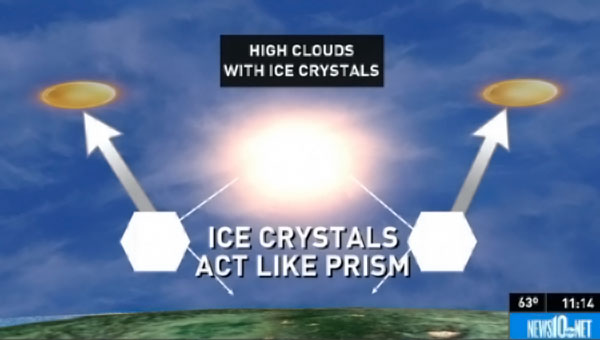 What do you think? Did Barker photograph a natural phenomenon on two separate days, or did she capture an unknown craft in the sky above Sacramento? Share your thoughts with us by leaving a comment below, or by posting on the Open Minds Facebook page. 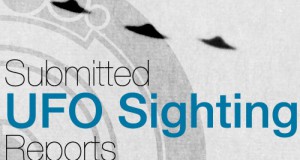 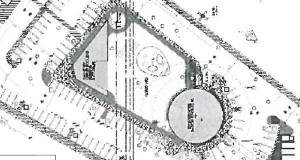