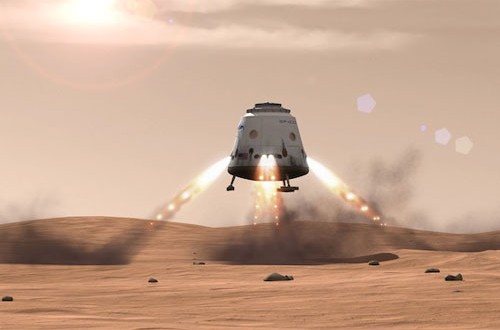 Goal of SpaceX is to create ‘self-sustaining civilization on Mars’

Elon Musk, founder of private space company SpaceX, recently explained to CNNMoney that a long-term goal of SpaceX is to create a “self-sustaining civilization on Mars.”

In August 2012, Musk told ABC News that he hopes to be ready to send humans to Mars in 2025. He has stated many times that he wants to be a passenger on his company’s first flight to the red planet. And in a March 2013 interview with Vanity Fair, he explained that he wants “to die on Mars, just not on impact.”