An 11-year-old girl in the England town of Northampton recorded video of a strange fireball UFO on Saturday, May 31.

The Daily Star describes that the witness, Katie Real, “noticed the strange glowing orb performing loops in the sky as she went to shut her curtain on Saturday evening.” She used her mother’s laptop to record video of the UFO as it “danced” across the sky. Her siblings also observed the flaming UFO. 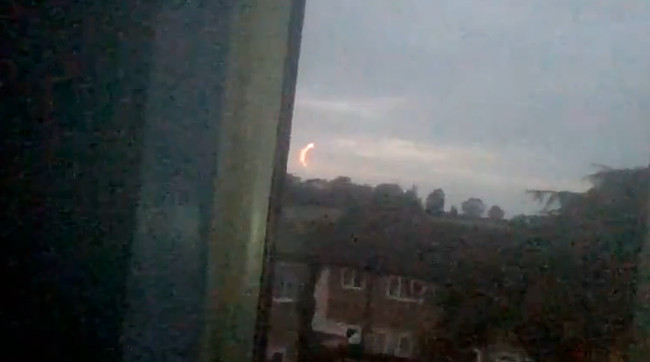 Katie’s mother, Fiona Fearon, reportedly contacted local airfield Sywell Aerodrome, but representatives there said they had no knowledge about the fireball UFO. Fearon considered the possibility that the UFO could have been ball lightning, but she dismissed that option because there was no lightning in the area on the day of the sighting.

Local newspaper Northampton Chronicle & Echo also called Sywell Aerodrome, but the answer the paper received was completely different from the one given to Fearon. The Chronicle reports that a spokesperson from the control tower at Sywell confirmed that the fireball UFO was a glider with fireworks. According to the paper, Jeff Tower from the control tower (if that’s his real name . . .) explained,

We had a big exhibition on and it was part of a flying display at sunset . . . The glider shoots out flames from its wings. It was part of an organised and controlled display . . . We did it last year and again this year on Saturday. 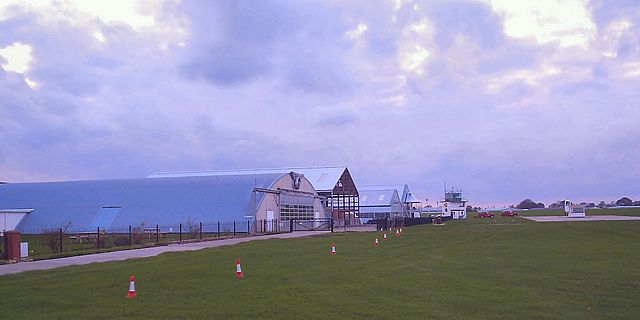 An aviation festival called AeroExpo UK took place from May 30 through June 1 at the Sywell Aerodome. And an aerobatic flight company called gliderFX performed at this festival.

Here is a video of the glider performance from the festival in 2013:

Although it is strange that Fearon was allegedly told by someone at the airfield that the UFO had nothing to do with Sywell, it does appear that this fireball UFO was most likely a glider performing at the aviation festival there.