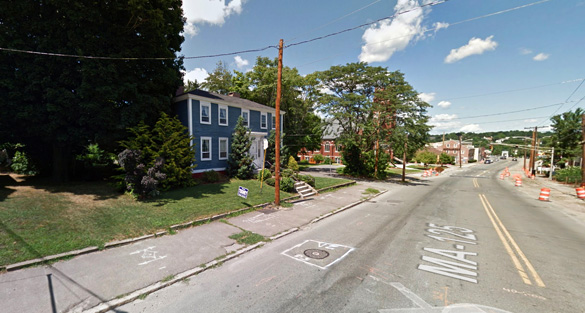 A Massachusetts witness at Bradford reported watching an oblong-shaped object hovering 10 feet off of the ground that appeared to be “ghostly,” according to testimony in Case 66344 from the Mutual UFO Network (MUFON) witness reporting database. 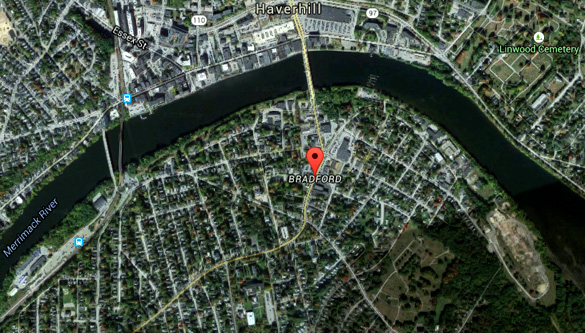 The Bradford, MA, witness said the object was hovering about 10 feet off of the ground and was about 10-20 feet away. (Credit: Google Maps)

“I did a double take and saw the object hovering about 10 feet off of the ground about 10-20 feet away from me,” the witness stated. “I took off my glasses to see if it was a reflection. Also checked to see if it was floaters – threads or spots in field of vision. It was neither.” 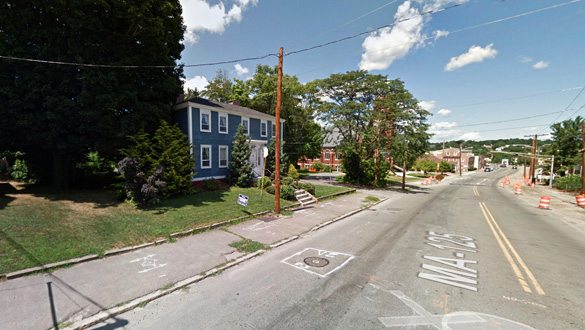 The witness said the object appeared as a fine line/thread about 5-10 feet across. Pictured: Bradford, MA. (credit: Google Maps)

“The object appeared as a fine line/thread about 5-10 feet across. On each end of the thread was a very narrow oblong area about one-fifth or one-sixth the width of the thread, each of which was white.”

There was also movement in the object.

“The object hovered, moving up and down and side-to-side, but remained horizontal. There was no sound. The object appeared to be ‘ghostly’ or transparent. I did not feel any particular way, no fear. Just amazed to see this thing.” 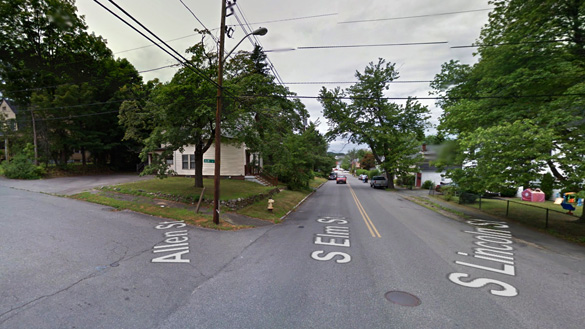 The object made no sound and appeared to be transparent. Pictured: Bradford, MA. (credit: Google Maps)

No images or videos were included with the MUFON report which was filed on June 11, 2015.

“I did not have phone/camera on me, and didn’t even think to run inside house to get it. Watched for about 20 minutes and then went inside. Looked out window of door and still saw object. Went to bed.”

Bradford is a village in Essex County, Massachusetts. Please remember that most UFO sightings can be explained as something natural or man-made. The above quotes were edited for clarity. Please report UFO activity to MUFON.com.