Gateway to Area 51 being bought up by alleged white supremacist

The tiny town of Rachel, Nevada, famous for its proximity to Area 51, has become even tinier in the last few years. According to a recent report by 8 News Now investigative reporter George Knapp, someone has bought up local businesses and shut them down, reducing the population by an estimated two-thirds. Even more alarms were raised when it was discovered that the person making these purchases has a background of involvement with white supremacy groups.

Rachel is about 150 miles north of Las Vegas and is on the Extraterrestrial Highway; also known as a highway 375. This stretch of road was renamed because it runs closest to the infamous secret Area 51 Air Force base, where it has been rumored that aliens are housed and their technology is being back-engineered. Near the back entrances to Area 51, Rachel is the home of the Little A’Le’Inn, a bar, restaurant, and motel that has become a hot spot for tourists hoping to catch a glimpse of the government testing out some extraterrestrial hardware. 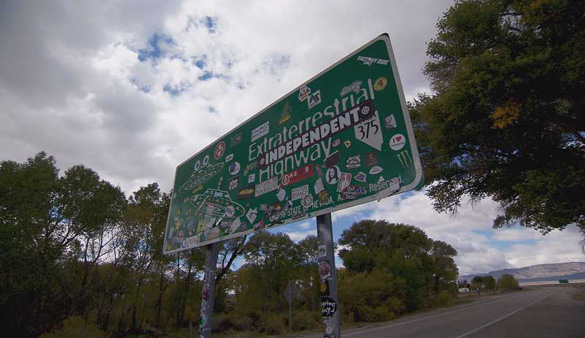 Besides the Little A’Le’Inn, the other major business in town was the Quick Pik Mini Mart and gas station. In 2006 it was purchased by a new owner and renamed the Alien Cowpoke, in an effort to cash in on the local alien lore. However, it wasn’t open for long, before it was closed down for good.

Pat Travis, co-owner of the Little A’Le’Inn, told 8 News Now, “I was in shock. I didn’t want to believe.”

Connie West, proprietor of the Little A’Le’Inn, also expressed her concern saying, “It made no sense to cut everybody off in town. It was the only way to get groceries on a daily basis if they needed a loaf of bread or a gallon of milk.”

The nearest gas station to Rachel is now 50 miles away. 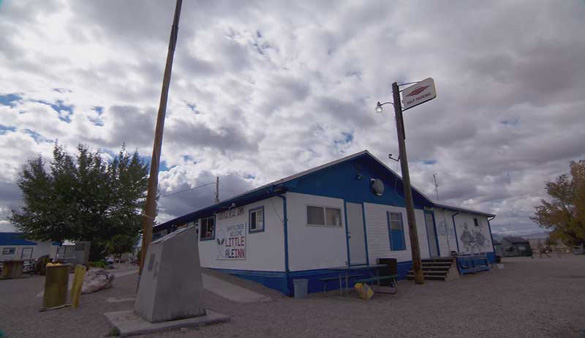 To make matters worse, the trailer park and RV lot, where many, if not most, Rachel residents lived, was also purchased and closed down. It is now a vacant lot.

Next door to where the trailer park and RV lot used to reside is a small Baptist Church. Pastor Kenniston, who commutes 150 miles one-way every Sunday from just outside of Las Vegas, used to be a reporter. He decided to look into the purchases and found out they were both made by the same man, Richard Bunck. Bunck also purchased other parcels of land in the heart of the town.

Kenniston also found out that Bunck had transferred ownership of the land he bought in Rachel to JHM Baptist Church. However, what he found next was the most shocking. Bunck and the JHM Baptist church are both allegedly associated with white supremacist groups.

In 1998 JHM Baptist was listed in the Southern Poverty Law Center’s hate groups list as a Christian Identity church. These churches offer a racist interpretation of Christianity. The church was founded by John Hale McGee, who in 1999, along with Bunck, attempted to run for the Claremont school board in California. 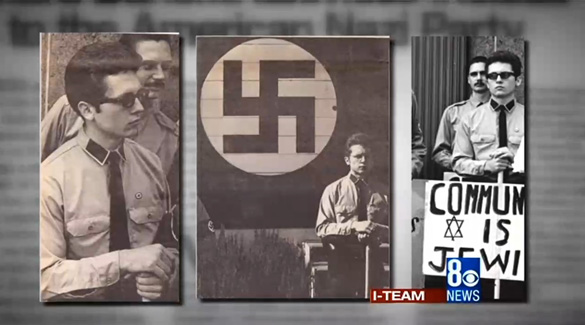 Pictures of Bunck in Nazi uniform in the 70s. (Credit: 8 News Now)

At the time, the LA Times wrote an article exposing their racist history. At first Bunck denied having any past affiliation with white supremacist.  However, after a local paper revealed he had been arrested in 1971 for taking part in a Nazi party rally, he changed his tune. Both McGee and Bunck have since said they have changed their ways.

Rachel residents say they have been recently interviewed by the FBI regarding Bunck’s intentions. Knapp says he tried to reach Bunck for a comment, but has not received a response.