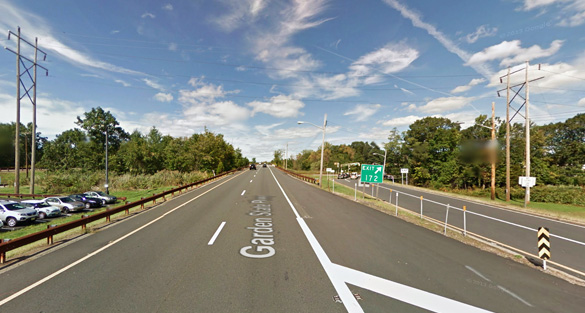 A New Jersey witness at Montvale reported watching a “saucer-like disc” that appeared to be 150 feet across, according to testimony in Case 68943 from the Mutual UFO  Network (MUFON) witness reporting database. 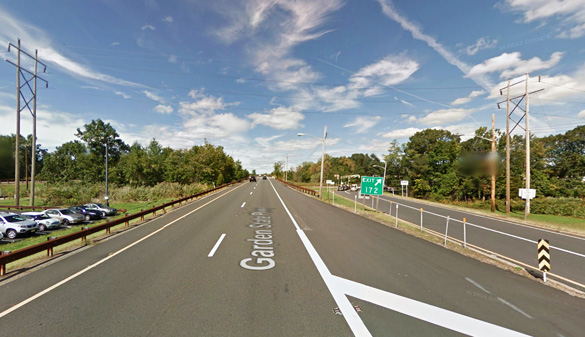 The disc-shaped object was first seen about 10:15 p.m. on July 22, 2015, shortly after passing the Montvale service area along the Garden State Parkway from the northbound lanes. (Credit: Google Maps)

The witness admits not being able to recognize the object first seen about 10:15 p.m. on July 22, 2015, shortly after passing the Montvale service area along the Garden State Parkway from the northbound lanes.

“My view of the object was extremely clear and distinct,” the witness stated. “It appeared to be some 150 feet across and about one-half mile away when I was closest to it just above the tree line to the east.”

The object appeared to be hovering.

“It seemed to be moving slowly to the north or was stationary as I was able to get much closer to the object driving toward the New York State Thruway.” 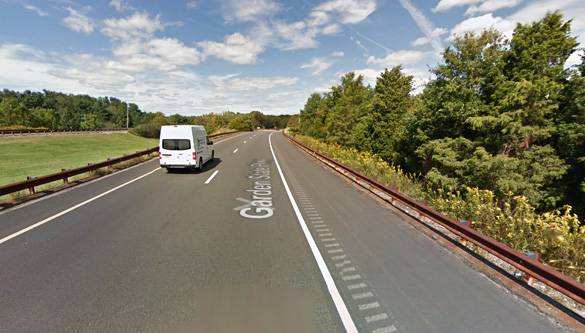 The witness believes there were other witnesses as traffic along the northbound Garden State Parkway slowed down. (Credit: Google Maps)

“It first had a classic saucer-like appearance: illuminated silver-metallic with a slightly flattened rim that projected around the middle.”

But as the witness watched, the object seemed to change its shape.

“As I headed further north, it seemed to have changed its appearance. From my vantage point, it appeared brightest on the bottom with a golden glow, fading further up the object to orange, reddish, and then dark on top. Despite the apparent change, it was still well illuminated, apparently from within, having taken on an overall dusky orange color with what I recall were three red lights on the bottom. The rim appeared to have tilted so that the closer portion was lower than the far end. This made the craft look somewhat like the planet Saturn, but much closer, with its orange appearance, dark top, and rim that looked like the ring of a planet. Also, like Saturn, there seemed to be a gap between the rim and sphere.”

The witness believes there were other witnesses.

“As cars on the Garden State drove northbound, almost all slowed down dramatically, whether because their occupants were afraid of it or they simply wanted a better look. I was also driving northbound in the area for about 3-4 minutes, and gaps in the tree line enabled my view about one-third of the time.” 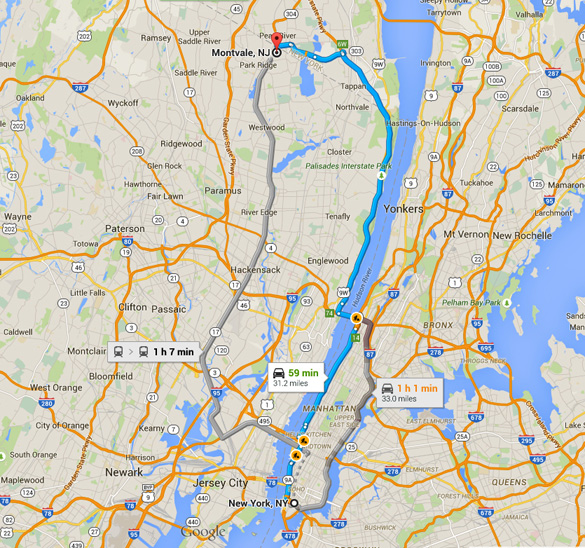 Montvale is a borough in Bergen County, New Jersey, population 7,844. Please remember that most UFO sightings can be explained as something natural or man-made. The above quotes were edited for clarity. Please report UFO activity to MUFON.com.