A group of friends was fascinated and perplexed by a green UFO over the English city of Birmingham on February 14.

Media outlet Birmingham Mail reports, “One of the group steadied their mobile phone to record the luminous dot from their vantage point near a Lloyds Bank branch on the corner of Rochester Road and Bristol Road South.” 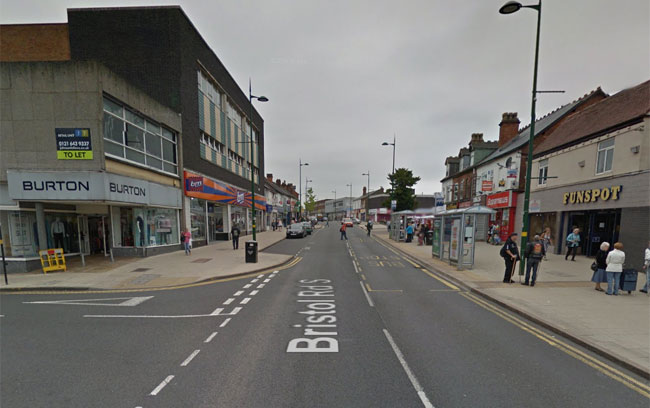 The location where the UFO sighting took place. (Credit: Google)

Witness Wayne Baylis is the one who recorded video of the green UFO with his phone’s camera. He uploaded two videos to YouTube, and provided the following description: “Me & my friends watched this green object change direction in an unusal [sic] way in the night sky then disappeared in a flash.”

The videos do show the unusual green object hovering in the sky, then moving from side to side, and eventually descending before disappearing “in a flash.”

The appearance and behavior observed in the two videos are consistent with a remote controlled drone, like a quadcopter, which have become quite common. But the low-quality videos were recorded with a phone, and were shot at distance. Without clear details of the object, it’s nearly impossible to conclusively identify the UFO.

This strange green UFO could always be something more mysterious. But, based on the available evidence, a remote-controlled craft is the likely identification.

What do you think these friends recorded over Birmingham? Share your thoughts with us by posting a comment below, or by posting on the Open Minds Facebook page.