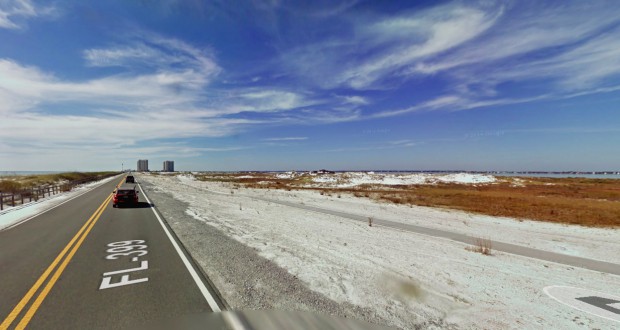 A Florida witness in Escambia County reported a “massive, totally quiet triangle-shaped object” that flew over her neighborhood at the tree top level, according to testimony in Case 64835 from the Mutual UFO Network (MUFON) witness reporting database.

“It was so large that when I stopped my car to look, it was all I could see out of my windshield and windows,” the witness stated. “It didn’t make any sound at all, and the trees didn’t sway or make any noise, like they would if something like a helicopter or other craft flew so close to them.”

The witness watched while the object flew overhead.

“It was right over my head, only the distance from the ground to right over the trees.” 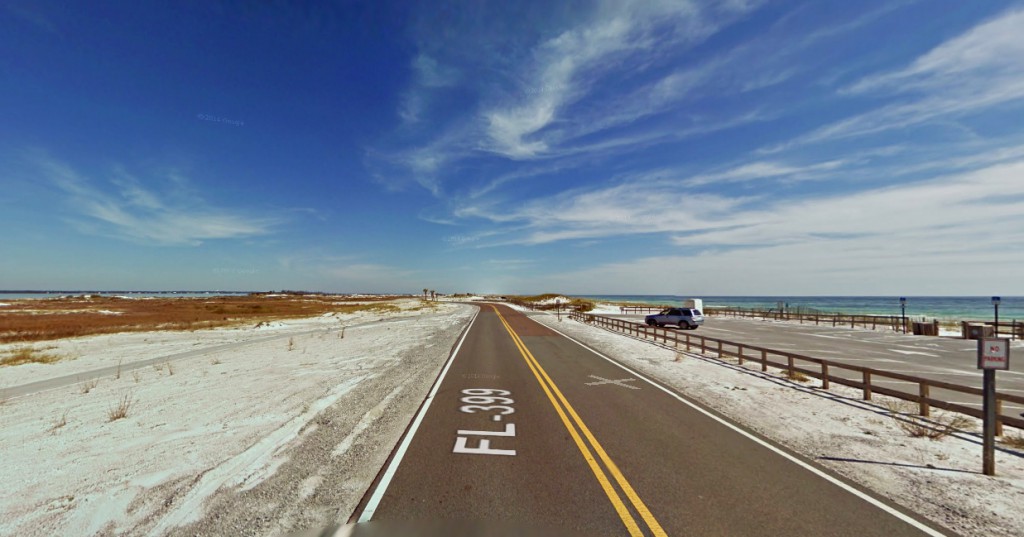 The witness watched as the object slowly moved away.

“It moved really slowly over the neighborhood going north west/west and I watched it until it disappeared.”

While the object itself was silent, the witness recalls other normal sounds being silenced as well.

“Again, it made absolutely no noise. When it flew over, it blocked out other sounds…either that, or I was so focused on the craft that I didn’t hear nearby traffic.”

Escambia County is the westernmost county in the U.S. state of Florida, population 297,619. 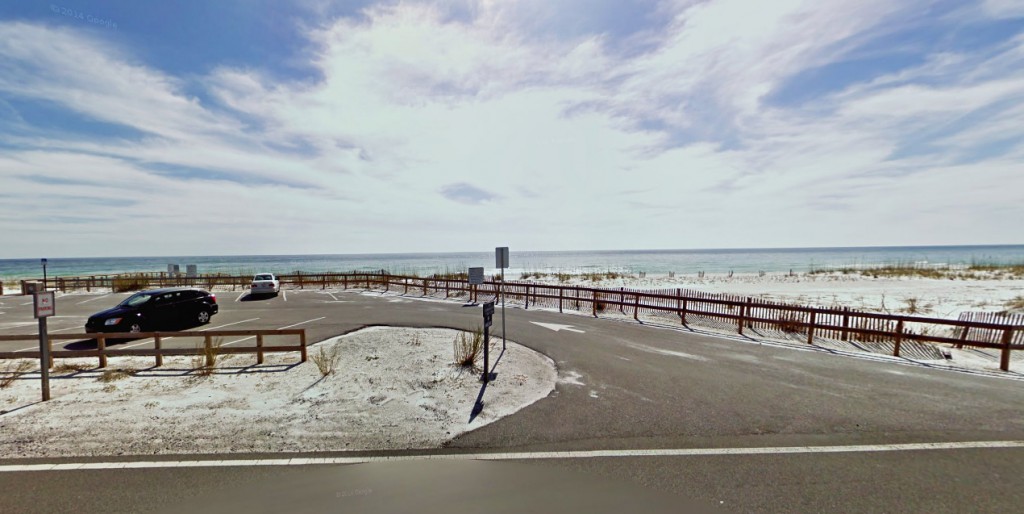 The witness imagined anything man-made would make a noise flying near the tops of trees, but the object was completely silent. Pictured: Escambia County, FL. (Credit: Google)