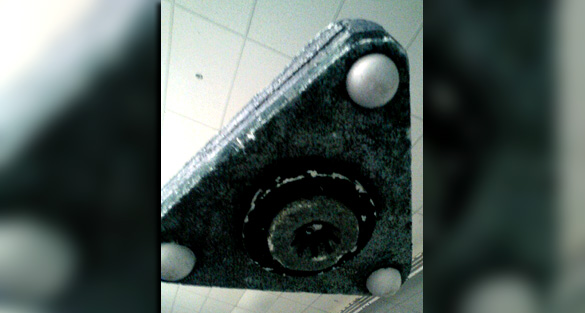 A Florida witness at Merritt Island reported watching a triangle UFO with rounded edges that moved and hovered as he and his children watched, according to testimony in Case 75839 from the Mutual UFO Network (MUFON) witness reporting database.

The witness felt compelled to create a model of the object after the 4 p.m. sighting on February 10, 2015. The case was reported to MUFON on April 15, 2016, and was investigated by Florida MUFON Chief Investigator John A. Gagnon and Field Investigator Diane Law, and closed as an Unknown.

“It was an overcast and cloudy day with a chance of showers,” the witness stated.“My four kids just got home from school and they were riding their bicycles as I was watching them and doing yard work. I stopped yard work, facing north, to watch the kids and one of my daughters, age 7, rode her bike up to me, stopped and asked me, ‘What’s that?’”

The witness said he looked westward and saw a black dot, just below the clouds heading eastward, and told her; ‘It’s a helicopter,’”

But as the witness went back to yard work. His daughter yelled out; ‘It’s a flying car!’” 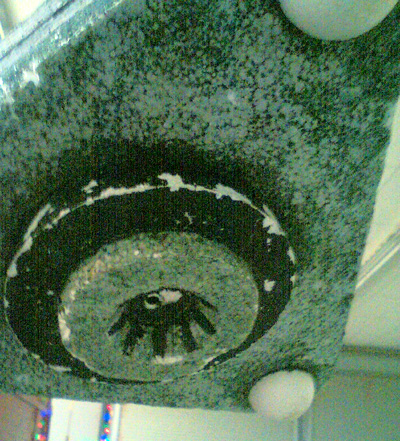 He finally asked her where the object was, and she pointed up.

“As I looked and saw this object get closer, I could see that it wasn’t a helicopter! The object looked black in color, with wear, like it did a lot of traveling, and was rectangular in shape with rounded edges. There was a light, white in color, at each corner of the triangle, with what looked like a thruster in the center. It was traveling in a straight line, as it was slowly rotating, and didn’t made a sound.”

The witness told his daughter to keep her eyes on it while he retrieved binoculars from his truck on the driveway.

“As I looked through the binoculars, I could see that it had no numbers or letters on it and this was not a helicopter nor a plane. We do live near a very small airport with Cesenas flying in and out all the time.

“But it wasn’t a good day to fly due to the weather. And this object wasn’t a drone either. It didn’t have any propellers and it was flying too high. It flew eastward and suddenly changed direction and went back the other way! It flew then, westward, slowly rotating and then stopped, mid-point to where we first saw it. By then, I could see that it had a dome on top, as it had a smaller white light on top of it, too.”

The object hovered for a few seconds, while still rotating slowly, and then started spinning faster, just below the cloud line.

“As I looked at it, it started to look more like a saucer, as it was spinning. And then, there was like a flash, and the object shot straight up into the clouds!” 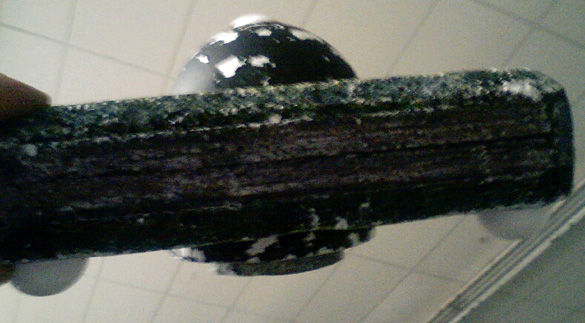 The witness said he felt like he was in a dream while looking at this object.

“From the distance and the height of this object, I would say that it had to be approximately 8 feet high and 40 to 50 feet wide. And maybe even the size of a two or three-bedroom home. My daughter and I saw this object for approximately two minutes. I made a model of it, out of ®Styrofoam, because I got a very good look at this object through my binoculars.”

“There have been a number of triangle sightings along the Space Coast for years,” Gagnon and Law wrote in their report.“The number of sightings seems to have increased recently. Not sure if they’re related to Patrick Air Force Base or maybe even Cape Canaveral.I believe the witnesses saw exactly what they claimed they saw – a triangle object moving slowly over their town, then spinning slowly. It then started spinning faster until it looked like a saucer. At that point there was a flash and the object shot straight up into the clouds and disappeared.This will have to show a case disposition of Unknown UAV.” 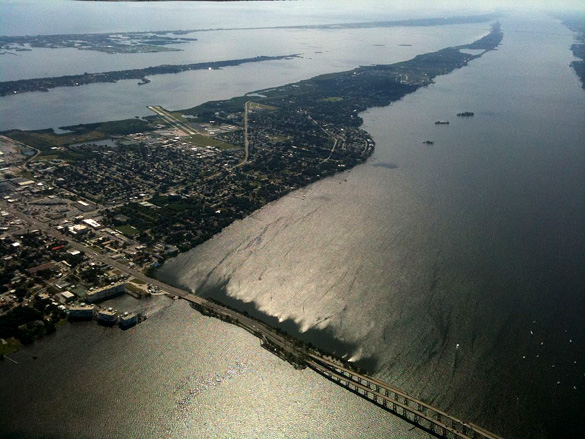 Merritt Island is in Brevard County, FL, population 34,743. Please remember that most UFO sightings can be explained as something natural or man-made. The above quotes were edited for clarity. Please report UFO activity to MUFON.com.