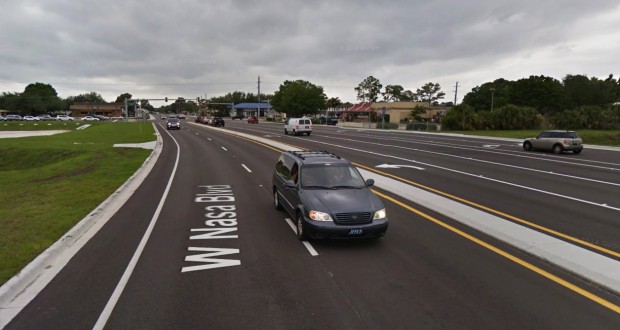 The witnesses were westbound along Nasa Road, about 200 feet from the Wickham Road intersection in West Melbourne, FL, pictured, when the object was first seen. (Credit: Google)

Florida sphere UFO was ‘size of a traffic signal’

A retired Florida police officer and his wife reported watching a green neon light the size of a traffic signal drop down between buildings and disappear, according to testimony in Case 63887 from the Mutual UFO Network (MUFON) witness reporting database.

The witnesses were driving westbound along Nasa Boulevard about 200 feet from the Wickham Road intersection in West Melbourne, FL, at 8:50 p.m. on January 29, 2015, when the incident occurred.

“We were returning home from a late dinner near the mall in West Melbourne,” the reporting witness stated. “We both saw a green neon light approximately 75 to 100 feet above Wickham Road.”

“The light was approximately the size of a traffic control signal light but more neon green in color. The light moved like it was a baseball being thrown in an arc and dropped below the buildings on the west side of Wickham Road.” 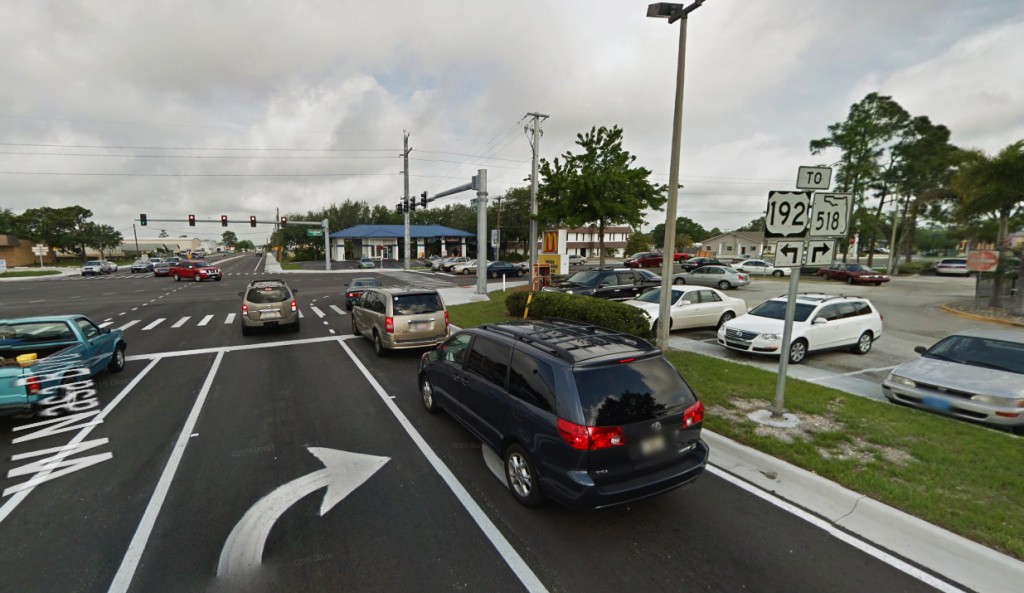 The witnesses turned right on Wickham Road, pictured, expecting to hear a crash – but the object was not seen or heard again. (Credit: Google)

The witnesses thought they were seeing an aircraft crashing.

“We both expected to hear a crashing sound and see an explosion, but nothing occurred.”

They continued to watch for the object.

“We turned right on Wickham Road and headed north slowly. We both watched intently for any incident of a crash, but there wasn’t any. We then returned home and watched the news on TV, the newspapers, and on-line for any mention of others seeing the light and there weren’t any reports. We spoke to friends and relatives, asking if anyone heard anything like our sighting but nothing was seen.”

The sighting was not immediately reported.

“We then seemed to get involved in our lives. My wife has cancer and she is undergoing chemo treatments. The location of the sighting is on the western boarder of a runway of the Melbourne International Airport. I have seen many airplanes landing in an easterly direction at that site but never taking off, so I do not think it was an airplane, just one light, not a series like on an airplane.” 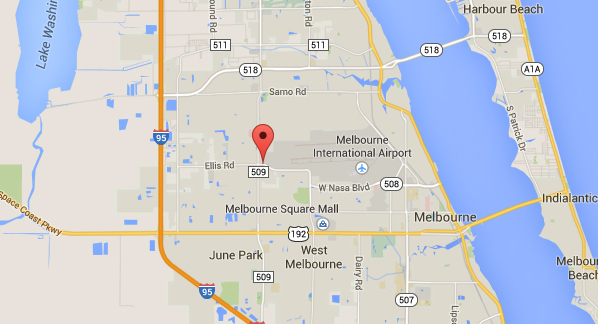 West Melbourne is a city in Brevard County, FL, population 18,355.

Florida MUFON Roger Marsh sphere 2015-03-18
Roger Marsh
Previous: Mysterious flash in Russia caused by a UFO?
Next: Scholars will discuss astrobiology and religion at the Library of Congress this week