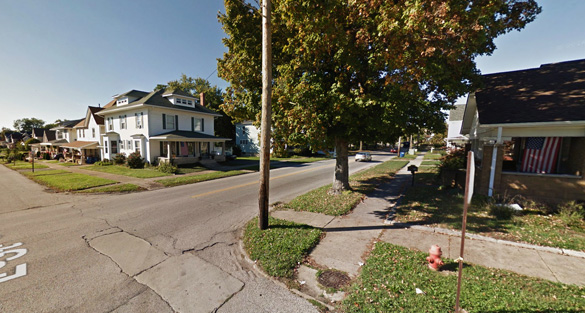 An Indiana witness at Bedford reported watching a series of silent, red objects moving overhead about 9:30 p.m. on May 16, 2015, according to testimony in Case 65578 from the Mutual UFO Network (MUFON) witness reporting database. 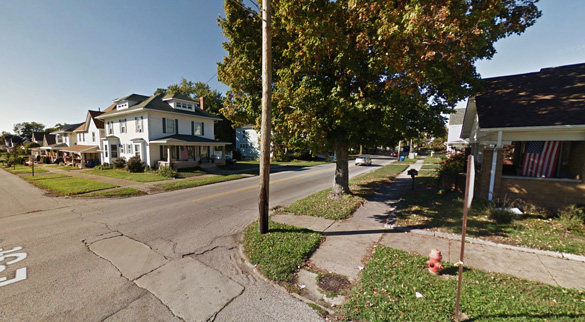 The witness was outside in Bedford, IN, when the first of three red orbs was seen moving quickly across the sky about 9:30 p.m. on May 16, 2015. Pictured: Bedford, IN. (Credit: Google Maps)

The witness was outside with his dogs when a red orb was noticed in the sky moving toward him at a high rate of speed.

“I watched it fly by and it made no sound at all,” the witness stated.

“It was a bright red color and flew in a straight flight path.”

The witness also noticed another object in the sky at the same time.

“As I watched it I saw a jet heading towards its path. And as it got closer to it, the orb disappeared.” 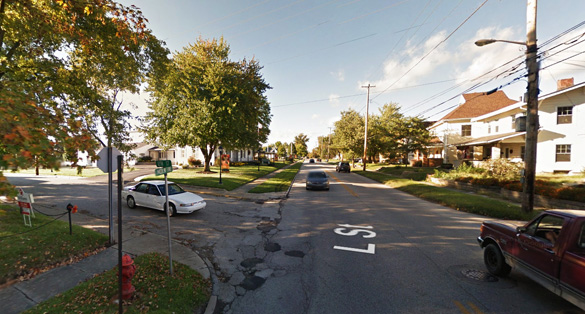 The witness turned to go back inside his home, but then noticed a second identical-looking object coming toward him on the same path. The witness then called to his wife to come outside for a look.

“We both went out and I showed her the red orb. And as it flowed by with no sound, it disappeared about the same spot. Then my wife says, look another one, so I turn around and it did the same thing, same path and disappeared about in the same area.”

The witness watched a while longer without seeing anything more, but a neighbor showed up.

“My neighbor came down the sidewalk and asked me if I had seen it. I said yes and he told me he tried to record it on his phone, but the orb looked like a bright white blob on his phone. So I went in the house and thought I’d report it here.” 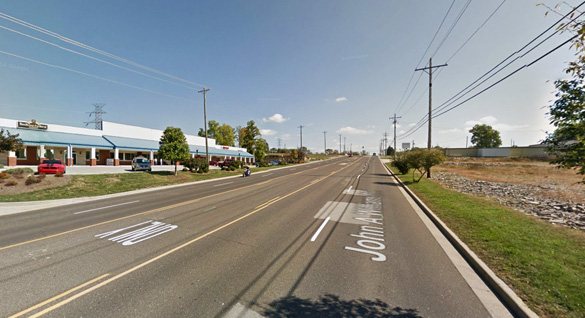 The witnesses’ wife and a neighbor saw the objects too. Pictured: Bedford, IN. (Credit: Google Maps)

Bedford is a city in Shawswick Township, Lawrence County, Indiana, 13,413. Please remember that most UFO sighting can be explained as something natural or man-made. The above quotes were edited for clarity. Please report UFO activity to MUFON.com.