A farmer claims to have been hospitalized after an encounter with a UFO in India. 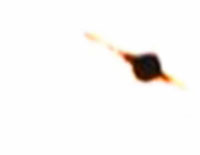 Koiremba Kumam, a 31-year-old farmer, claims to have been hospitalized after an encounter with a UFO in Manipur, India. The Assam Tribune reports that the alleged incident took place on the afternoon of June 15th. According to the witness, he was shooting video of a fish farm with his cell phone when he suddenly saw the UFO in the sky. He claims that the UFO sped towards him, resulting in an electric shock that rendered him unconscious. After regaining consciousness, he returned home. His family took him to the hospital where he was treated and released the same day. But in the article published by the Assam Tribune yesterday, Kumam said he had not yet fully recovered from his UFO encounter.

Critics of Kumam’s video footage suggest the UFO was nothing more than a glitch in the camera resulting from shooting directly into the sun. However, there has been no official explanation for this UFO, or for the physical reaction claimed by the witness.