The FAA is trying to figure out what shot across the sky in Texas. 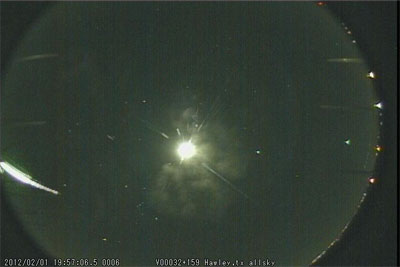 A fireball UFO shot across the night sky in Texas on Wednesday, February 1 at approximately 8:00 pm. Officials with the Federal Aviation Administration (FAA) say the bright object was also seen in Oklahoma.

The following day, Austin’s American-Statesman reported that astronomers were speculating that the object was “likely a meteoroid or piece of space junk and not a UFO.”

One person who witnessed the event was Little River-Academy Police Chief Troy Hess in central Texas. He had just pulled over a driver when the fireball UFO streaked across the sky. Hess described, “It kept getting bigger, and the color kept changing.” The object was captured on video by the camera in Hess’s cruiser. And according to JD Journal, this video footage was given to the FAA, and is currently undergoing examination.