In 2006, former Arizona governor Fife Symington admitted to being a witness to Arizona’s most famous UFO sighting, and that he believed it to be of extraterrestrial origins. His statements made worldwide news. In association with the celebration of the 20th anniversary of the Phoenix Lights UFO event, James Fox, the documentarian that first obtained Symington’s confession shared never before seen footage from the interview during his presentation at the 2016 International UFO Congress. Now, with Fox’s permission, we present the interview here for our readers. 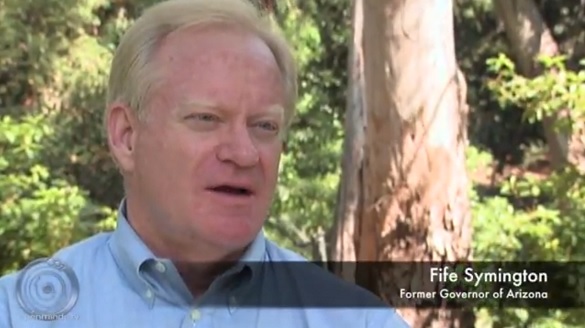 In the newly released footage, Symington says he believes the UFO sighting was escalated up the chain of command.

“Issues like this go up the chain of command all the way to the Pentagon,” explains Symington. “We called the Pentagon…I think they knew there had been sightings, but they weren’t talking about it.”

As for the official Air Force response that the UFOs were flares, Symington says that is “total bunk.”

“I have seen high altitude flares before. There is no way they were flares.”

When it comes to what flew over Phoenix in March of 1997, Symington says, “It has never been explained.” 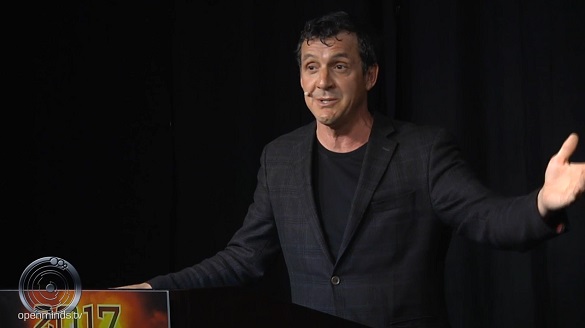 What is now referred to as “The Phoenix Lights,” was a flap of UFO sightings on March 13, 1997. It has kept Arizona buzzing ever since. Over 1000 witnesses reportedly came forward, including former Arizona Governor Fife Symington.

Symington first admitted to seeing the object during this interview with Fox. Fox provided Symington with testimony from several witnesses who were disappointed with the way Symington dealt with the incident in 1997. Symington then admitted to Fox he had also seen the object, and he agreed it was unworldly. Fox was not expecting this response.

After the interview, news of Symington’s confession leaked and he was asked to share his experience with CNN and other news outlets.

Get information on what Fox is working on now at 701themovie.com.