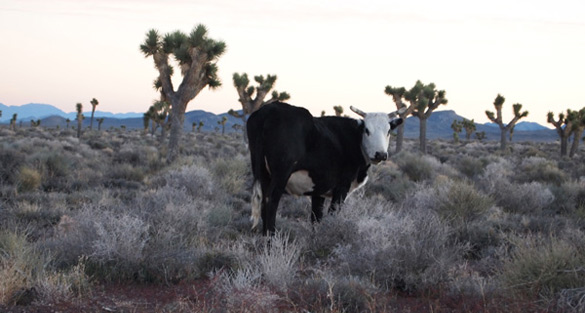 Apparently, in June of 1977 Area 51 had a problem with mysterious cattle deaths. The EPA was notified and investigated, but were unable to figure out why these six cows died.

The documents were found by UFO researcher Shepherd Johnson via the digital archives of Congressional ProQuest. The document was difficult to read so I transcribed the document below.

According to the report, the animals had sufficient food and water, and there were no apparent signs of struggle or trauma. The cattle mutilation phenomenon, which was very common in the southwest during the late 70s, usually entailed the animals having strange cuts and missing organs. That does not appear to be the case with these cows.

However, it is apparent by the tone of the report that the investigator was at a loss as to explain how these cows died. The water samples they refer to collecting came back without any toxins. It appears this case was never solved.

Here is the report:

On June 20, Mr. Jerry Doran, off-site monitor , MOR, was informed by Area 51 security personnel, of  a recent series of deaths among the cattle that wander onto the Area 51 complex from the herds of Mr. Steve Modlin who ranches to the east. The security personnel had noted six carcasses within the past two weeks.

After consultation with Mr. Ernest D. Campbell of ERDA/NV, it was decided that Mr. Doran and I should investigate and attempt to determine the cause or the causes of the death of these animals. We arrived at the Area 51 complex at 100 hours on June 21 and talked to security personnel (Mr. Krause). They furnished us with a map showing the locations of the carcasses (see enclosure). They stated that numbers 1, 4, and 5 had been noted about two weeks before and the remaining animals had died within the last week (probably since Friday).

No animals had been note to be sick. Water was readily avaialble at the Area 51 recreation lake and at a corral approximately one mile beyond the east gate. Water had also been available for the last several weeks due to rain runoff on the dry lake bed.

Mr. Doran and I examined each of the carcasses. In all Cases, petrifaction was so advanced to make a necropsy or sample collection impractical. A description of each carcass is as follows:

All six of these animals were lying on sides with neck and head extended and four feet fully extended. no signs of trauma or agonal struggling were visible. My impression was all animals dies suddenly.

An Angus bull in the same area appeared normal and was in good condition. Graze appeared adequate. Drinking water was readily available. Area 51 personnel denied any severe electrical storms in the last few week. No Poisonous plants were noted except for scattered Halogeton along the roadways.

Water samples were collected at the dry lake bed and the recreational lake and were submitted for analyses. Area 51personnel were asked to report any other deaths to me promptly so a necropsy could be made.

Security personnel were going to notify Mr. Medlin of the deaths of his cattle that evening and secure his permission to bury them.

The cause or causes of death of these six animals was not readily apparent. Possible causes might include one or more of the following:

Hopefully, if any other deaths occur, a more prompts investigation will shed more light on the causation agent. 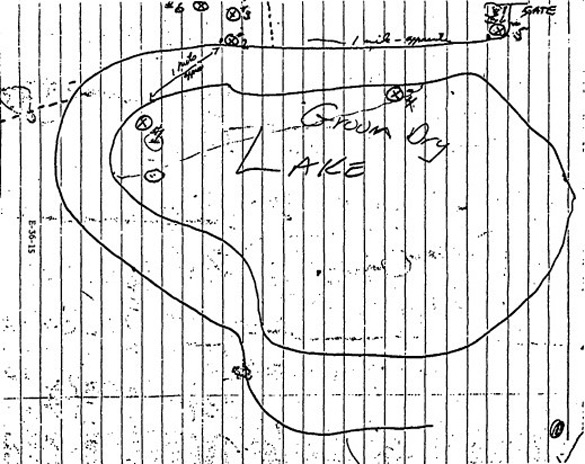 You can download the file here. You will find the Area 51 report on page 28.

Header image of cow near Area 51 from www.chimana.co.