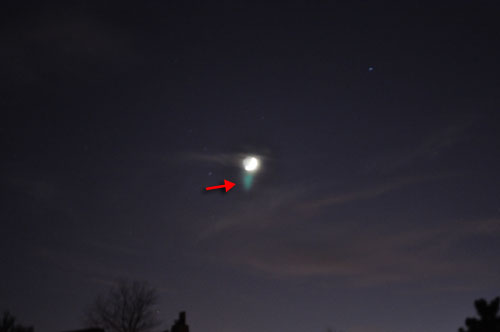 A woman in Santa Fe, New Mexico was outside her house taking pictures of the moon on the night of Saturday, October 29, just after sunset. Having snapped a few photos with her Nikon D500 camera, she went inside and reviewed her shots. She noticed a blue light in her photos that appeared to move around the moon. Intrigued by this discovery, she decided to go back outside and take more photos. Sure enough, she again noticed in her photos “some blue thing dancing around the moon” that she could not see while taking the photos. 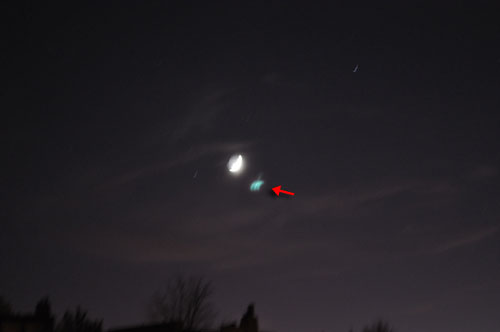 With her curiosity piqued, she began shooting a photo approximately every minute. One of the photos shows mysterious green lights in the sky, and the witness described them as resembling a top (the spinning toy). This green light appears along with the blue light in most of the photos. According to the witness, the blue light moved around, which reminded her of an aurora. 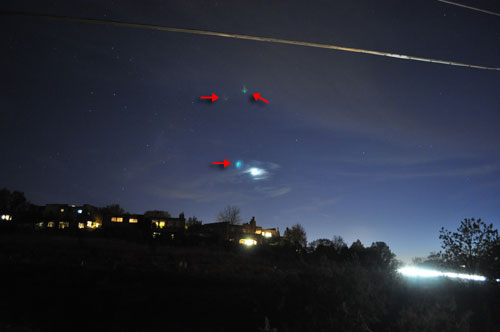 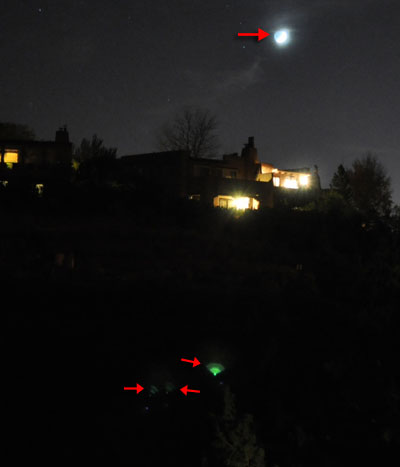 Blue light in front of the moon and green lights on the ground (credit: Michelle Tapia)

Lights that a photographer didn’t notice at the time of shooting, but notices later upon reviewing the photos, can sometimes be explained by lens flare or window reflections. In the case of these photos, the photographer stated that she took the photos outside, so there were no windows to cause reflections. Lens flare might explain lights like these, but the apparent movement of the lights and the multiple colors captured in these photos might indicate something besides simple lens flare. 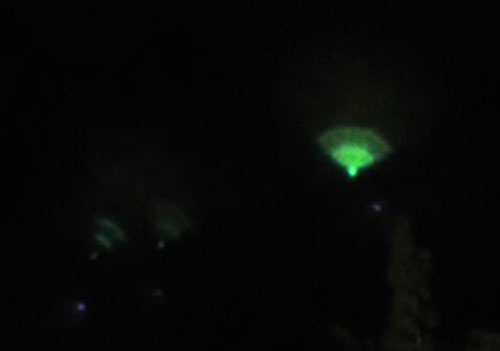 Close-up of the green lights on the ground (credit: Michelle Tapia)

This is certainly an interesting and mysterious series of photos. Special thanks to the photographer for providing these UFO images to Open Minds.

What do you think these lights are?