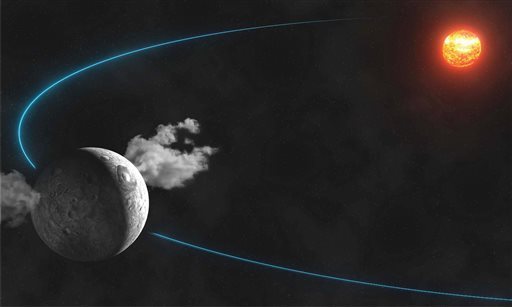 Dwarf planet Ceres may be home to alien life

Scientists have detected water on Ceres, a dwarf planet residing in our solar system’s asteroid belt.

The Herschel Telescope detected water vapor spouting from Ceres. According to Michael Küppers of the European Space Agency, “This is the first clear-cut detection of water in the asteroid belt.” The Weather Channel explains that scientists have suspected the presence of substantial water on Ceres for decades. Those suspicions haven’t been confirmed until now. 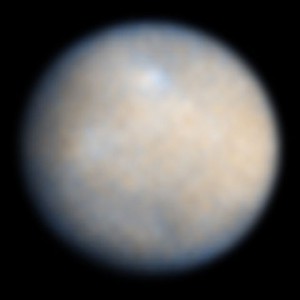 Researchers postulate that when Ceres moves closer to the sun, part of its icy surface is melted. And according to Popular Science, if all this ice were melted, “it would be more fresh water than is available on all of Earth.”

Marc Rayman of NASA’s Jet Propulsion Laboratory told Reuters, “One of the things that’s intriguing here is the possibility of there being liquid water as opposed to ice . . . Certainly all life that we know depends on water. And so this is part of the larger question of where can life exist.” But Rayman says it is premature to declare Ceres a potential habitable environment for alien life. Rayman continued, “There’s a lot more than just water that’s required for life. And whether Ceres has those other ingredients – which include, for example, a source of energy and all of the nutrients that life requires, the rest of the chemistry – it’s too early to say.”

NASA’s space probe Dawn is scheduled to take a closer look the surface of Ceres in the spring of 2015.