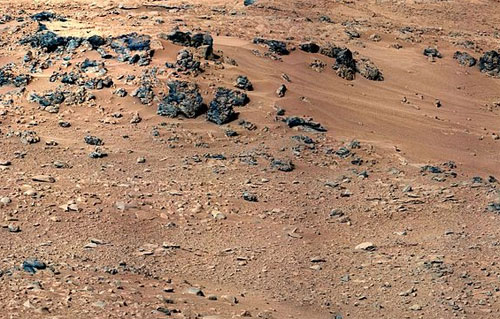 Duke University project will let you send a selfie to Martians

There have been multiple projects in the past couple years that have crowdsourced messages to extraterrestrials. But a new initiative hopes to send your photo or video to Mars in a time capsule to be discovered by any extraterrestrials who have the interest and the technology to see it.

Time Capsule to Mars is a student-led mission with the goal of crowdfunding a mission to Mars that will deposit a time capsule on the red planet. And, if everything goes according to plan, this could be the first commercial mission to Mars. 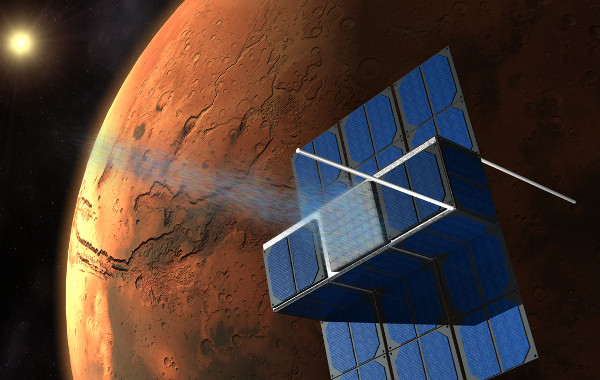 Launched by Duke University student Emily Briere, the mission is the latest attempt to crowd fund a space trip. The plan is to charge people 99 cents each to embed a photo on a two-terabyte tungsten hard drive, load it onto a tiny cube satellite, and use an all-new propulsion system to get to Mars in just four months, which is more than twice as fast as traditional flights to the planet.

In 2012, the National Geographic channel (NatGeo) collected Twitter messages (tweets) and used the Arecibo radio telescope located at the Arecibo Observatory in Puerto Rico to beam these messages into space. This was a marketing effort by the network to promote their television show Chasing UFOs. 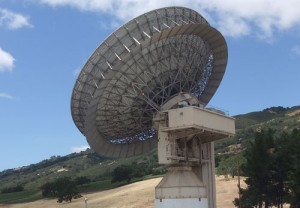 On June 18, 2013, the Lone Signal initiative launched, creating what Dr. Jacob Haqq-Misra and his team of scientists and entrepreneurs describe as “the world’s only messaging platform and social community for interstellar communication.” This initiative utilizes the Jamesburg Earth Station in Carmel, CA to broadcast messages to space. Participants are limited to one free message, but additional messages can be purchased for a small fee. It must be pointed out, however, that, as of this article’s publishing date, the Lone Signal website is not active, suggesting the initiative is no longer operating.

The Time Capsule to Mars project has no official timeline yet. As Motherboard explains, “The group, which has since expanded to include teams at MIT and the University of Connecticut and is hoping to add teams at Stanford University and the University of California Santa Cruz,” hopes to raise $30 million through crowdfunding, charging people per photo, and charging more for video files. 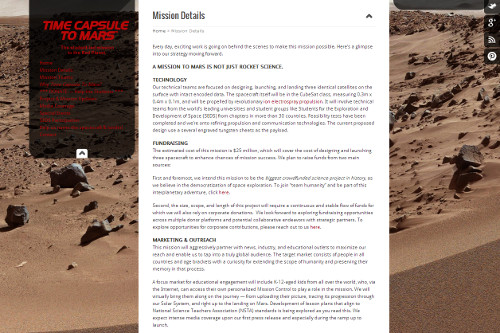 The project’s website explains that “a time capsule is a technologically efficient means of giving humanity an opportunity to record its messages and make them available to future colonists in a dramatic and captivating way. The content that people choose to land in the sands of Mars will be able to withstand the re-entry and harsh conditions that our future explorers will one day conquer as well.” Of course, this assumes that whoever finds the hard drive containing these photos and videos, whether they be future colonists or native Martians, have the technological capability to access the drive’s contents.

Read more about the Time Capsule to Mars mission at http://www.timecapsuletomars.com/.