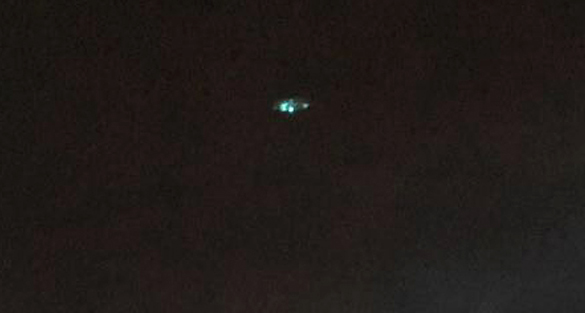 A United Arab Emirates witness at Dubai reported photographing an unusual light that appeared to hover over a workplace building with lights forming a triangle shape, according to testimony in Case 76996 from the Mutual UFO Network (MUFON) witness reporting database. 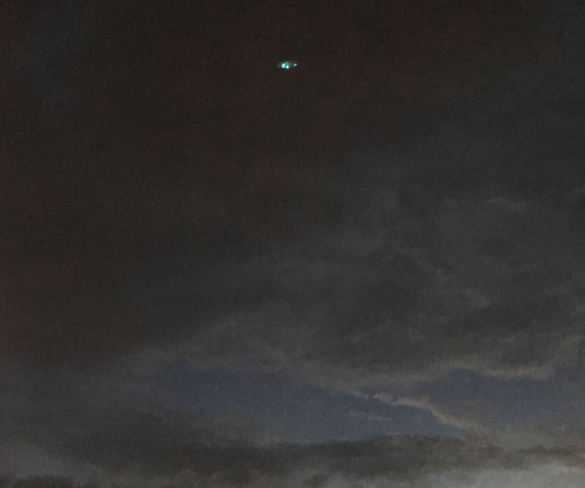 The witness was at “Bin Ladin Signal near the police station” about 3 a.m. on June 11, 2016, when the incident occurred.

“The first thing I saw was the light,” the witness stated. “I thought it was an airplane or star, but when I looked more, it moved very fast and from different directions the craft was three – and came together forming a triangle shape.” 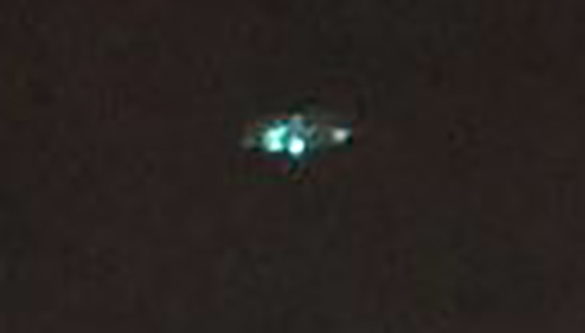 The craft stayed in place for several minutes.

“Then about 10 minutes later, the craft changed direction and flew different ways so I quickly try to record, but my mobile battery is not charged to record video, so I took some pictures with my phone before the battery died.” 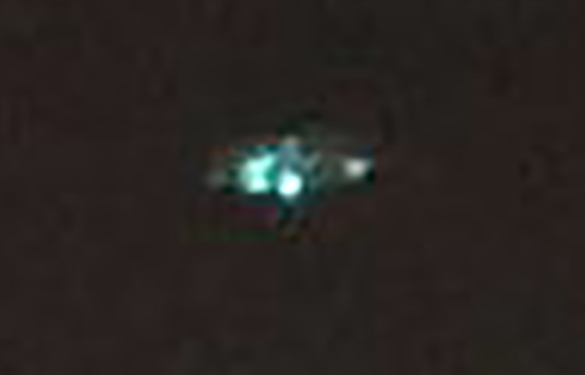 The witness included three images with the MUFON report, which was filed on June 12, 2016.

“During this process I can see some highway lights and stop. Then I was so scared to even go home. When I got home, I charged my mobile and zoomed in on the picture to understand the shape. I got home and I feel confused, so that is why I try to look for a site to report this.” 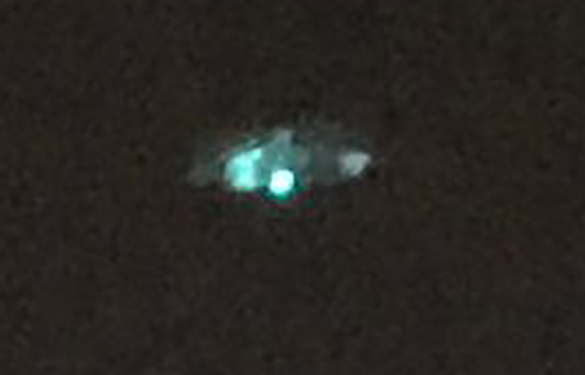 The witness has seen unusual lights in the past.

“Also, this is the second time I saw that at my company. I was doing over-time at night when a big light moved across my company around 1:30 a.m. I was scared and I stopped work instantly. So the following day I asked my manager to tell my boss to get CCRV cameras to install around the company, but since then I didn’t see any, because I work inside the company.”