The Mutual UFO Network (MUFON) formed a STAR Team Investigation after more than 25 UFO reports from Texas over the weekend appeared to be describing the same object, according to STAR Team Manager Fletcher Gray.

“We organized to cover all of the cases as a single investigation,” Gray said. “MUFON is looking at all possibilities including a meteor. All we know for certain is that the object was visible for roughly 10 seconds on the night of July 12, 2014, and at about 9:10 p.m. plus/minus five minutes. The object moved from east to west at a high rate of speed, was initially seen as a single, very bright light that split into two lights, and no noise was heard. Over 25 reports have come in from almost all areas of Texas as well as Louisiana.”

Director of Research Robert Powell was investigating the meteor theory.

“This appears to have been a large meteor than entered the atmosphere somewhere in the Gulf of Mexico south of Louisiana and then burned out just south of the Dallas-Forth Worth area as it broke into two pieces,” Powell said. “A MUFON witness in Burleson and one in Mansfield described it as going directly overhead so they should have been closest to the meteor.”

“Here is a link to 50-plus reports to a meteor site that shows locations and directions of the witnesses. This matches very well with the 20+ reports that we’ve received.” 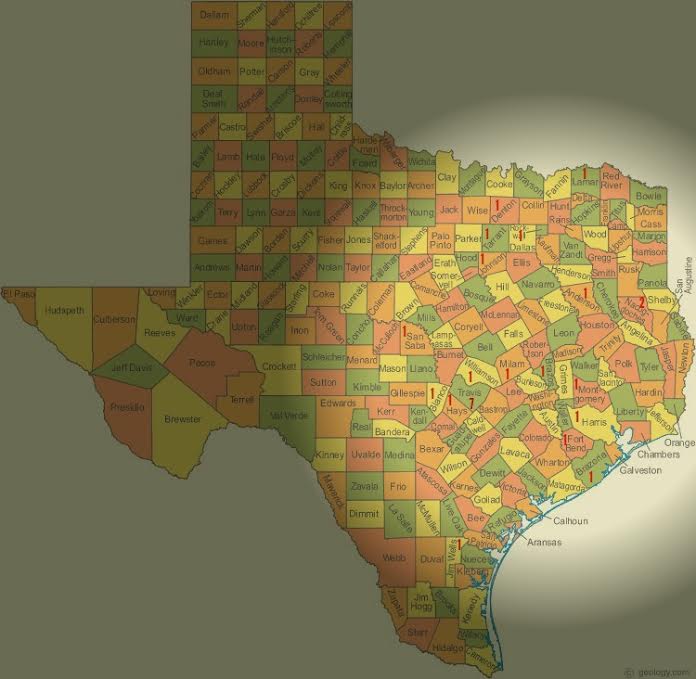 A map of Texas showing where the sighting reports were coming from based on MUFON reports. (Credit: Cassidy Nicholas)