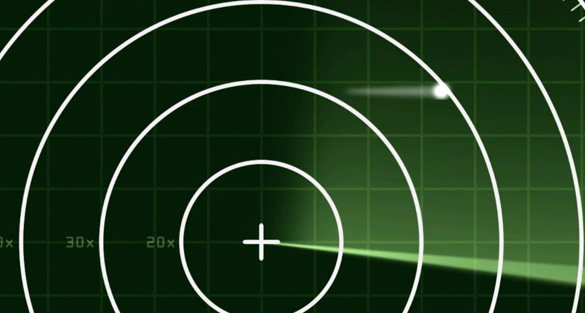 Two former military radar technicians have come forward to say a UFO was caught on radar and seen from the control tower of a U.S. military base in the U.K. that housed nuclear weapons. They make these claims in a new documentary called UFOs and Nukes: The Secret Link Revealed. 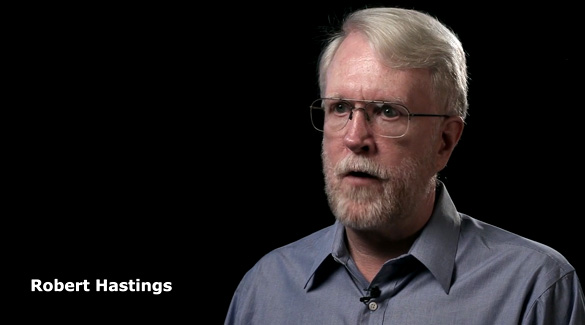 As the title implies, the documentary makes the argument that UFOs have an interest in nuclear facilities. It backs up this supposition with government documents and military witnesses who claim to have been present when UFOs were seen near nuclear weapons or nuclear storage areas. The documentary is the culmination of years of investigation by UFO researcher Robert Hastings, author of the book UFOs and Nukes: Extraordinary Encounters at Nuclear Weapons Sites.

The incident in which the radar technicians were involved took place at Royal Air Force (RAF) Base Bentwaters. RAF Woodbridge is nearby, and the Rendlesham Forest lies between them.  At the time, both bases were leased to the U.S. military.

The UFO incident began in the early morning of December 26, 1980. Lights were seen in the forest and two security policemen went to investigate. They reported coming upon an object with strange lights. One of the men approached the object and described it as a triangular craft hovering above the forest floor. After watching it for a few minutes, it moved up to the treetop and then shot off at a very fast speed.

A couple of nights later, the lights came back. This time, skeptical of the earlier UFO reports, Deputy Base Commander Charles Halt took a group of security policemen with him to investigate. They reported seeing a red light shaped like an eyeball move through the forest. It then split into five separate disc-shaped objects and they all flew off. 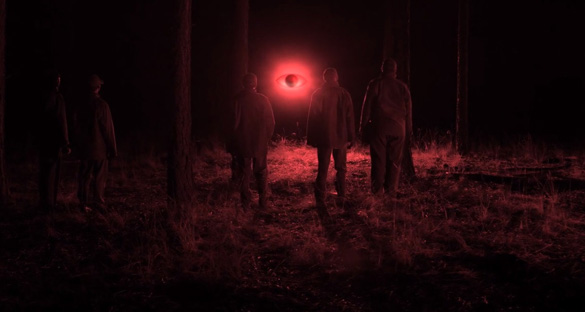 An animation of the red “eyeball-shaped” UFO in UFOs and Nukes: The Secret Link Revealed. (Credit: Robert Hastings/Verifiable Pictures)

Soon after, they saw another disc-shaped object fly towards them. It stopped, hovering above them, and shot a laser-like beam down near their feet. The beam only lasted a few seconds, when it turned off, the UFO moved towards the weapons storage area. Over the radio, Halt could hear security personnel reporting that the object beamed the laser-like light into the bomb depot. 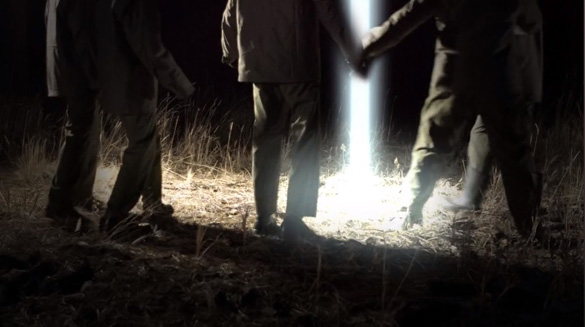 A reenactment of the bean of light in UFOs and Nukes: The Secret Link Revealed. (Credit: Robert Hastings/Verifiable Pictures)

According to the documentary, at the time, RAF Bentwaters was the largest American tactical nuclear bomb depot in Europe. 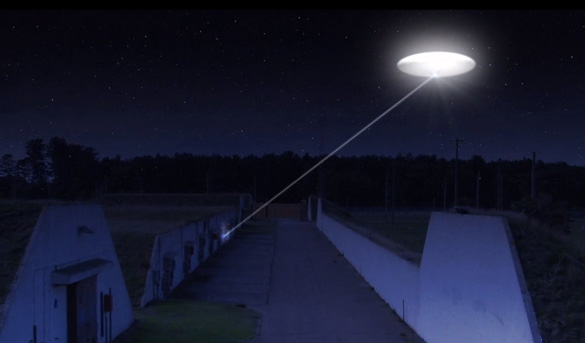 An animation of the UFO beaming the weapons depot in UFOs and Nukes: The Secret Link Revealed. (Credit: Robert Hastings/Verifiable Pictures)

In a recent interview on Open Minds UFO Radio, Hastings said back in 2006, he had taken notice that there was no testimony from air traffic controllers as to whether the object allegedly seen by Halt and the security personnel at RAF Bentwaters was caught on radar.

He then conducted research to find who would have been in the RAF Bentwaters control tower at the time. He eventually found them, and their testimony is quite startling. They tell their stories for the first time in the documentary, and report not only catching the object on radar, but they also saw it, and it was like nothing they had ever seen before.

The men’s names are Jim Carey and Ike Barker. In the documentary, Carey recalls catching the object on radar the night Halt was in the forest. He said, “I was just sitting there and I happened to see a dot come on the scope, and it just went one dot in the beginning, and another dot, another dot, and it was gone.” 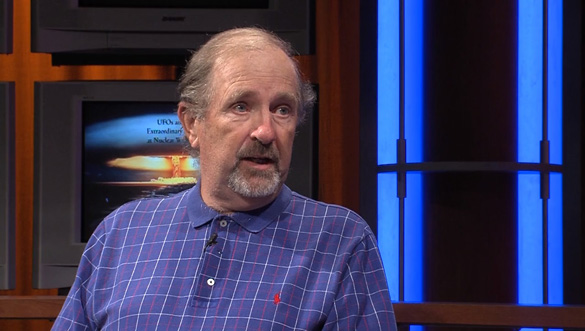 Jim Carey recalling the night of the incident in UFOs and Nukes: The Secret Link Revealed. (Credit: Robert Hastings/Verifiable Pictures)

The scope represented 120 miles, so crossing the screen so quickly indicated an object traveling at a very fast speed. 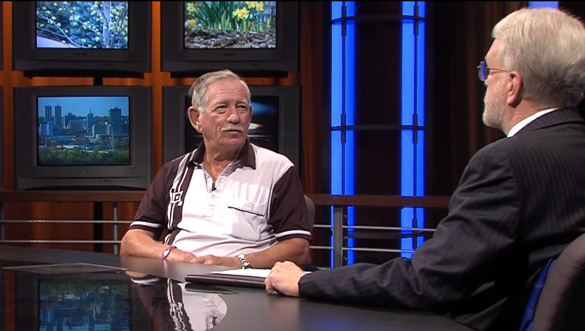 Barker agreed, “It’s not like any radar target I have ever seen. When the sweep would hit the target, you would have the entire back of it would be like a solid line.” 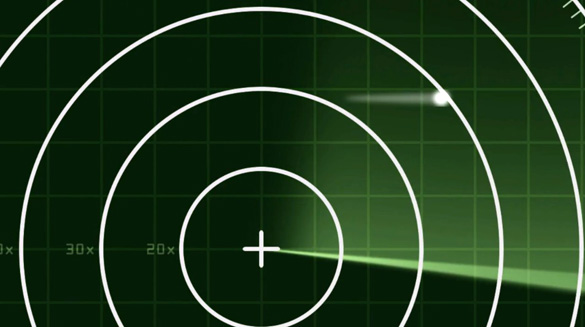 Illustration showing the object appearing as a streak on the radar screen. (Credit: Robert Hastings/Verifiable Pictures)

“Traveling at an extremely high rate of speed, it passed over the control tower and then it stopped. I’ve never seen anything in my life like the maneuverability that happened with this object,” Barker continued.

At this point, the men were able to get a good look at the object. Barker described it as “orangish” in color. He recalled, “It sort of popped into my mind at the time that somebody is flying a basketball out here.” 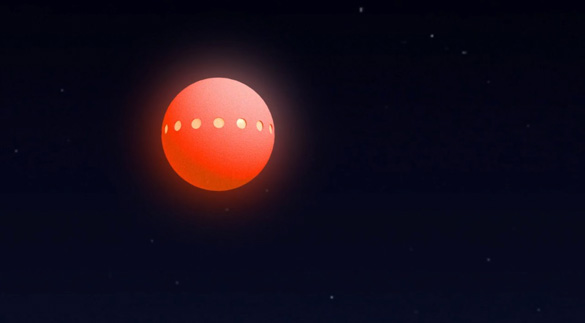 An animation of the UFO described by Barker and Carey in UFOs and Nukes: The Secret Link Revealed. (Credit: Robert Hastings/Verifiable Pictures)

“There were lights around the center of it, but it wasn’t like running lights or navigational lights. It was more like portholes, and you were seeing the light from the inside coming out. It wasn’t flashing lights or anything. It hovered momentarily, reversed its course, and went back out at a high rate of speed.”

As spectacular as this sighting sounds, the documentary goes on to present documents obtained from the former Soviet Union that show similar events happened there.

The amount of evidence in the form of documents and eye-witness testimony that is presented in the documentary makes a strong case for the UFO phenomenon, let alone for the possibility that these things are interested in our nuclear weapons.

The video is available online on Vimeo. It can be rented or purchased.