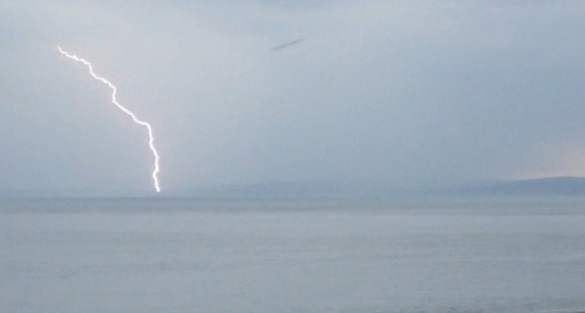 Disc UFO caught on camera moving out of bay

A Canadian witness at Port Greville reported discovering a disc-shaped object moving out of a local bay and shooting into the sky after watching video previously shot in the area, according to testimony in Case 82086 from the Mutual UFO Network (MUFON) witness reporting database. 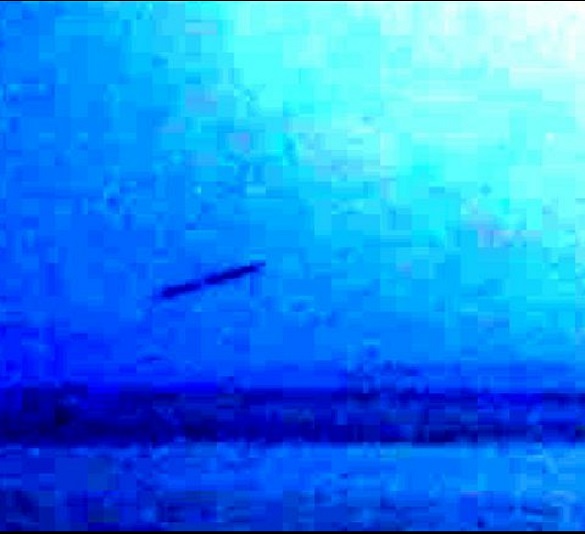 The witness was at the Bay of Fundy, Nova Scotia, staying at a friend’s beach cottage on August 6, 2016, when the incident occurred.

“I was watching a fairly intense lightning storm roll into the mouth of the bay off the Atlantic,” the witness stated. “We were waiting for our bar-b-q to finish and I began to film the storm hoping to get some good footage of the lightning as I waited.The storm was still a good 20 minutes away, but the lightning was going straight down into the water almost everytime and I continued to film for about two minutes.” 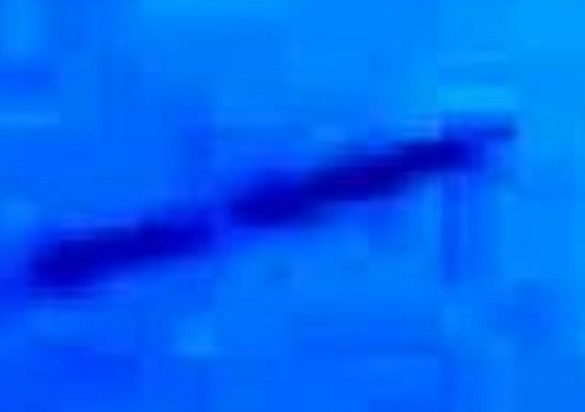 The witness captured nothing out of the ordinary except for one very close double flash of lightning and an immediate loud bang.

“I put my camera away,ate supper as the storm passed overhead, and thought nothing more of it until two or three days later when I was going through the video.I watched it normally and saw nothing, got to the end and hit pause during one of the lightning strikes.Took a screenshot for Facebook and continued to scroll backwards very slowly going from lightning strike to lightning strike and taking screenshots.” 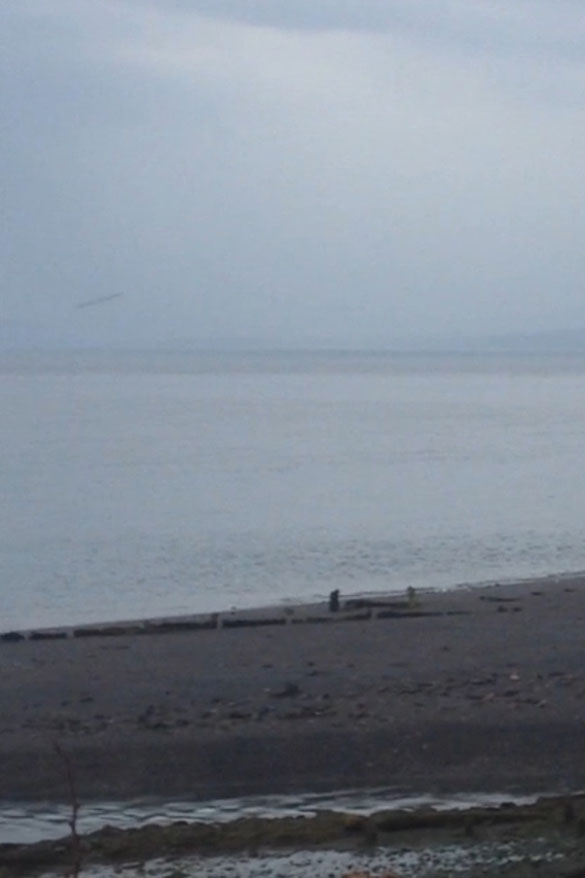 But then the witness noticed something unusual.

“As I got to the very first seconds of the video, during the double lightning bolt and bang, I could see a disc-like object the size of a semi-trailer flying out of the bay on an angle at an unimaginable speed across the sky through the double flash and up into the clouds with a bang and whirly wind tunnel echo sound.” 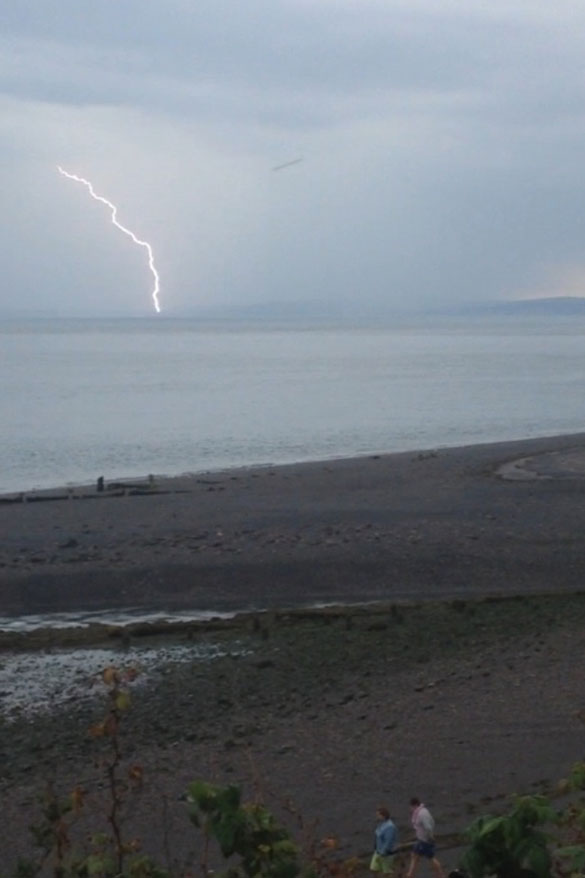 The object was captured all within a single second on video.

“But with determination and brain surgeon fingers, I was able to get screenshots of it within that second.I have some unbelievable video and even more unbelievable pictures.I’ve spent almost eight months seeking help and getting nowhere. I pray you people take me seriously and show interest because this is real.” 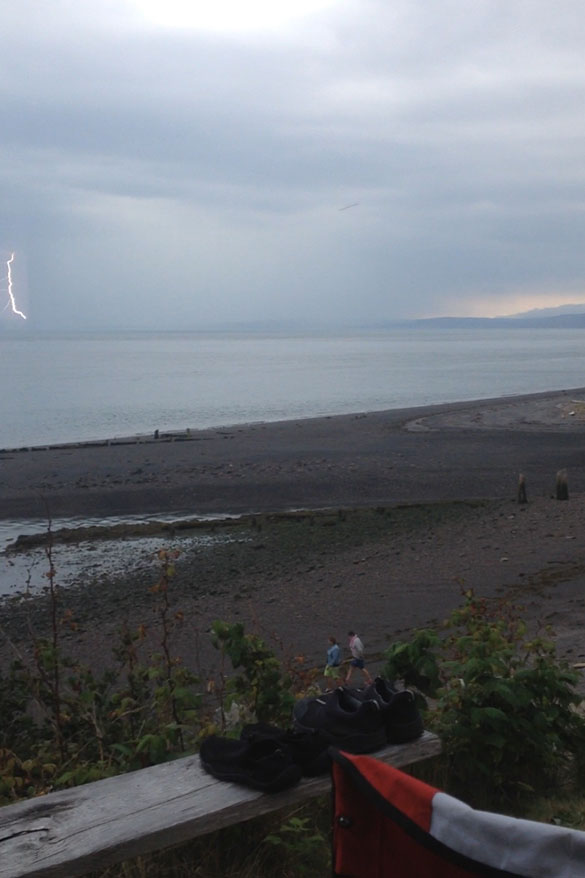 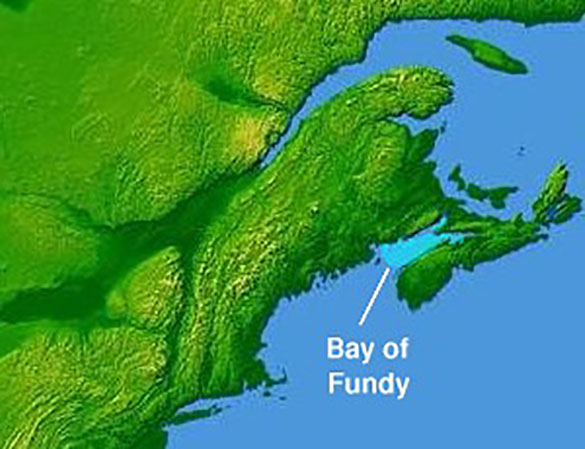 MUFON Canada Field Investigator David Delaney is investigating. The witness included five images with the report, which was filed on February 15, 2017. Please remember that most UFO sightings can be explained as something natural or man-made. The above quotes were edited for clarity. Please report UFO activity to MUFON.com.