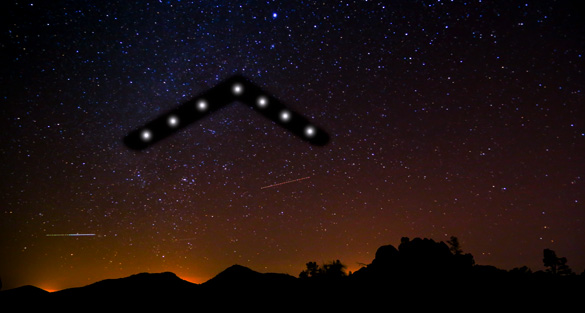 A Delaware witness at Sandtown reported watching a low flying, boomerang-shaped UFO that gave off a humming sound, according to testimony in Case 71217 from the Mutual UFO Network (MUFON) witness reporting database. 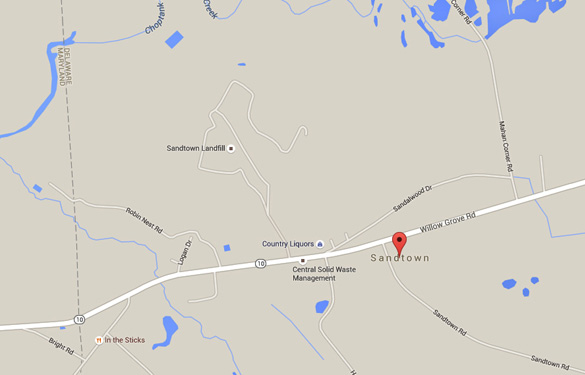 The witness was returning home from work at approximately 9:50 p.m. on August 9, 2015, when low lights were seen above the roadway just clearing nearby trees.

“It was just hovering there,” the witness stated.“I got out of the truck and noticed the boomerang-shaped object with lights on the sides of the craft. The lights were white, bright and steady.” 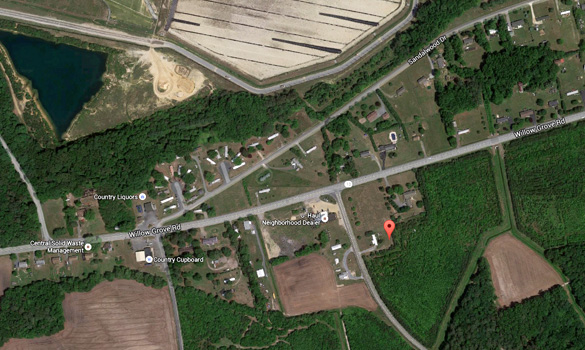 “It then began to move slowly in the direction towards Felton and Harrington Delaware which I estimate to be southeast. I then noticed as it moved slowly that it had a humming, swishing sound.” 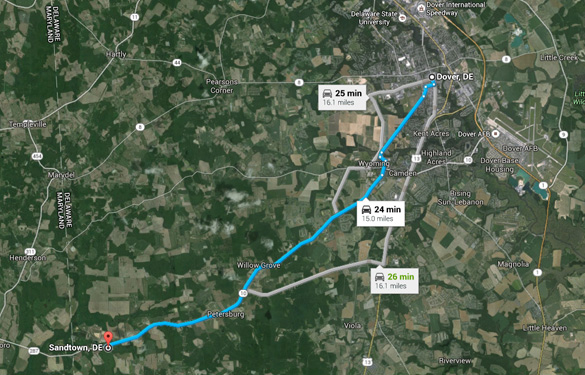 “Upon telling my wife, she described hearing the humming ‘pulsing’ sound. She was about one mile away. I’ve never seen anything like this other than a hand-held boomerang. I was with my father-in-law who also witnessed the lights and object and said that he has never witnessed anything like that before.”

Sandtown is in Kent County, Delaware. Please remember that most UFO sightings can be explained as something natural or man-made. The above quotes were edited for clarity. Please report UFO activity to MUFON.com.