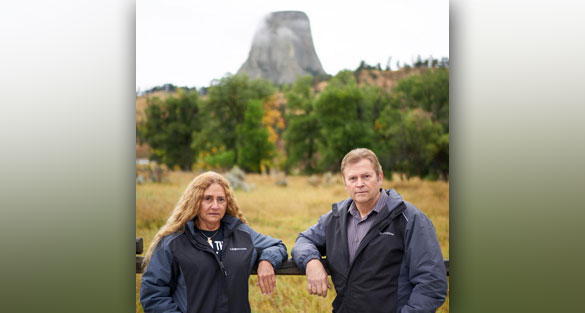 Open Minds UFO Radio: Debbie Ziegelmeyer is a successful entrepreneur, diver and paranormal investigator and lecturer in Missouri. Among her paranormal research efforts, she has spent decades looking into the UFO phenomenon. She is the state director for the Mutual UFO Network (MUFON) Missouri Chapter, head of the MUFON Dive Team and a member of the MUFON board of directors. She teaches underwater UFO search and recovery. She appeared as a volunteer archeologist on Sci-Fi’s(now Syfy) “Roswell Crash Startling New Evidence” and NBC’s Sci-Fi Investigates “Roswell Re-visited.”

Debbie recently spoke at the Devil’s Tower UFO Rendezvous commemorating the 40th anniversary of the release of Close Encounters of the Third Kind. She spoke about some of her best cases in Missouri. Two of those cases included the report of a landed UFO in a forest and a young girl who had a sighting with her mother that turned into memories of dreams of alien abduction. I found the stories intriguing and am happy to welcome back Debbie to discuss them in this episode of Open Minds UFO Radio.