Home / Articles / MJ-12, UFOs, and the Dark Skies DVD conspiracy
The series will finally be sold in a DVD box set next month, and new information released by the distributor, Shout Factory, suggests either a conspiracy by the government to keep the DVD from ever getting out... 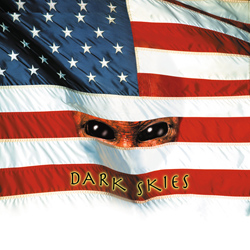 Everyone knows about the X-Files, but lost in DVD obscurity, another series about UFO investigations called Dark Skies aired on NBC in the mid-90’s. Citing troubles with music licensing Dark Skies never made it to DVD, however, fifteen years later, the wait is finally over. The series will finally be sold in a DVD box set next month, and new information released by the distributor, Shout Factory, suggests either a conspiracy by the government to keep the DVD from ever getting out, or more likely, a marketing conspiracy to create some mystery and fun around this eagerly awaited release.

The drama around the DVD release began on October, 12, 2010 when an alleged secret memo was released, presumable leaked by clandestine government insiders. It outlines the plot to keep Dark Skies from being publicly released and the campaign to keep the DVD from coming out. The mystery intensified this month when a video was posted to YouTube with an audio recording of a strange phone call to Dark Skies creators, Bryce Zabel and Brent V. Friedman. In the recording the creators are encouraged to continue the Dark Skies series and warned about the threat the release of this information posses for the secret keepers. The video is posted below.

Unlike the X-Files, Dark Skies, was built around names and events commonly found in UFO conspiracy mythology, such as the Majestic 12, Area 51, alien implants, etc. The story centers around a young man recruited to be an agent of a super secret organization called Majestic 12 that controls UFO secrets. Not even the president is privy to their knowledge. The protagonist, Agent Loengard, played by Eric Close, currently a lead on the popular television show Without a Trace, breaks away from the group. Dissatisfied with Majestic 12’s methods, Loengard tries to release the UFO secrets to the public. On the lamb with his girlfriend, Kimberly, played by Megan Ward, Loengard must avoid secret agents, the authorities, the military, and ugly, slimy, hostile extraterrestrials in his quest to reveal the truth.

The series ran for one season and produced 19 episodes, all of which are on the box set that will officially hit the market in January 18th.

Zabel has had a long time interest in UFOs, in 1994 he produced a made for TV movie on alien abduction called, Official Denial, and helped with the creation of Steven Spielberg’s alien abduction series, Taken. Many elements of the Dark Skies program can be seen in Taken. Zabel’s interest continues to this day. He has recently finished a book with UFO historian Richard Dolan, called A.D.: After Disclosure. It explores how UFO disclosure may come about and the many ways it may affect society. Zabel has appeared on Open Minds Radio a couple of times to talk about A.D. and how the media and entertainment industries handle the UFO subject. 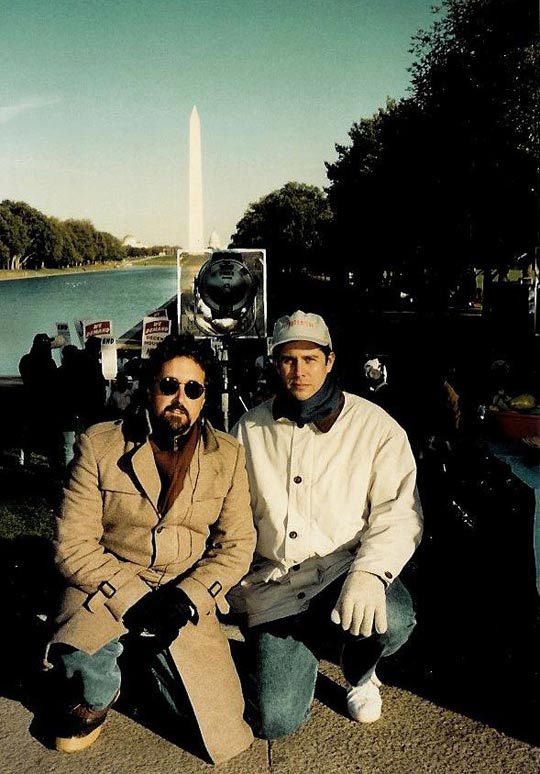 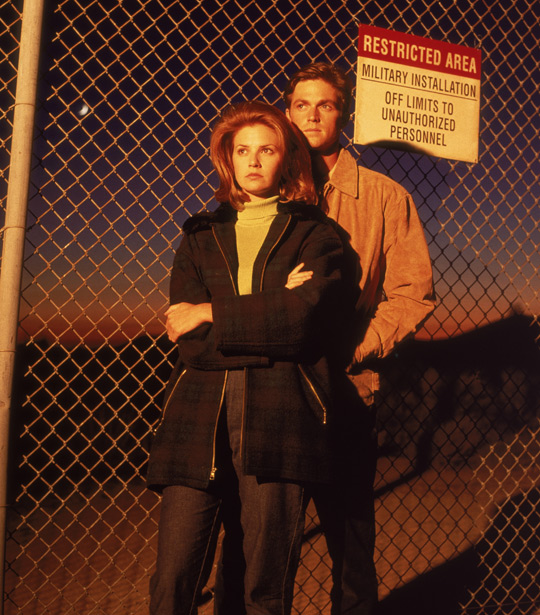 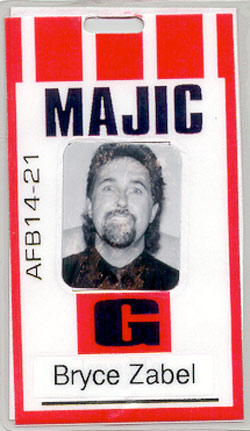 Evidence that Zabel may be part of the conspiracy. (image credit: Bryce Zabel)