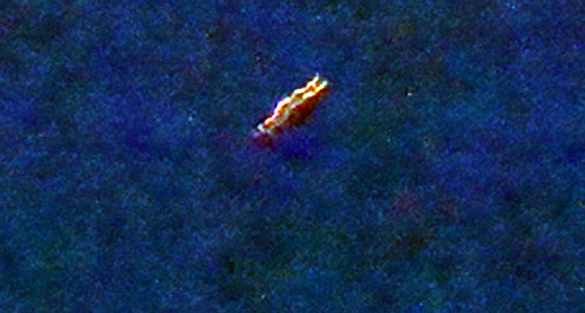 An Alabama witness at Centerville reported watching a dull red, cross-shaped object moving just above the tree line at 9:15 p.m. on June 4, 2014, according to testimony in Case 56846 from the Mutual UFO Network (MUFON) witness reporting database.

The witness had just returned home and was outside when a star-like object was first noticed moving south to north at high altitude. The witness went inside briefly to retrieve a camera and several minutes later noticed the second object.

“I observed what appeared to be an almost cross-shaped object slightly descending from the western sky,” the witness stated.

The witness began to take photos of this low altitude object.

“I quickly began to take pictures of this dull red object as it tracked across the sky seemingly just above the tree line going from west to northeast.”

The witness included three images with the MUFON report, which was filed on June 5, 2014 – Image 1, Image 2 and Image 3. 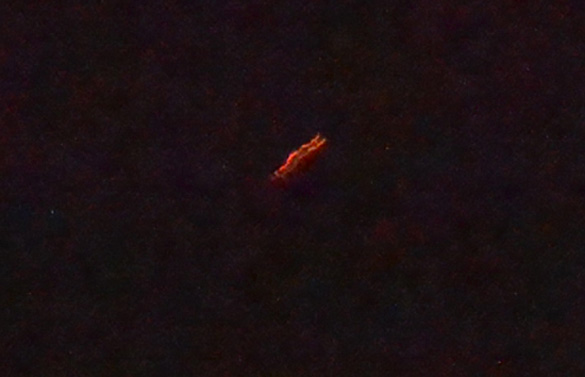 The witness reported that the object looked like a cross as it moved just above the tree line on June 4, 2014. The image was cropped and enlarged. (Credit: MUFON) 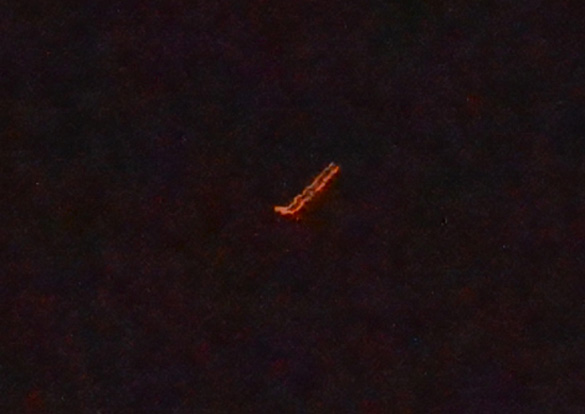 The witness described the object as being a dull red color. This is a cropped and enlarged version of the witness image. (Credit: MUFON) 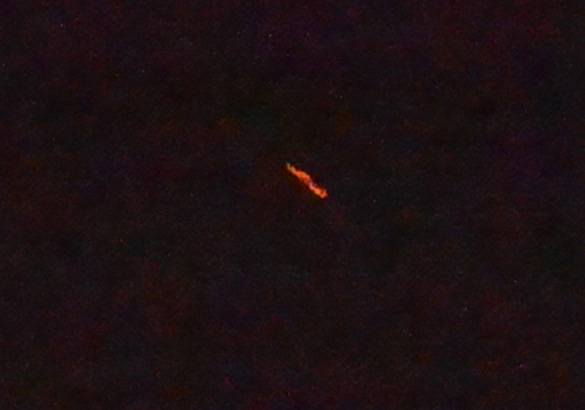 The witness first saw an unusual star-like object and several minutes later the cross-shaped object appeared much lower in altitude just above the tree line. This is a cropped and enlarged version of the witness photograph. (Credit: MUFON)

Alabama MUFON is investigating. Centerville is a city in and the county seat of Bibb County, AL, population 2,778. Wisconsin has a current UFO Alert Rating of 5 with a low number of recent reports nationally. Alabama had 12 UFO reports in May 2014 – the 18th highest reporting state  – while California had 102 reports as the highest reporting state. The above quotes were edited for clarity. Please report UFO activity to MUFON.com.