We can now get to the core of the classified activities and research on the Roswell files examined by Corso at the Pentagon between 1961 and 1963. 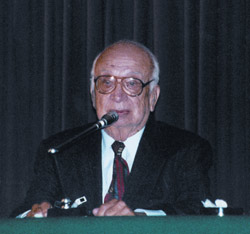 “Dawn of a New Age” – the original notes of U.S. Army Colonel Philip J. Corso- are available through our website here: Philip Corso Manuscript. We can now get to the core of the classified activities and research on the Roswell files examined by Corso at the Pentagon between 1961 and 1963.

Philip J. Corso, Sr. died in July of 1998 at the age of 83. Thirteen years after his death, we will finally get to see his manuscript, which has never released in the US [the only foreign edition was published in Italy by Pendragon in 2003]. People interested in UFOs will be compelled to read this book, because too much of the information in the bestseller “The Day After Roswell” does not stand up to what Corso really wrote in his diary. Philip Corso Jr., a man devoted to fulfill his father’s legacy, described the manuscript in his lecture at the 2007 IUFOC in Laughlin.

“…“Dawn Of A New Age”, I had no intentions to put out this book. This one here [holding a book] is all in my dad’s original handwriting. Part of it is in typing and part of it is in handwriting. What it really [contains] is the original notes. The original notes without Hollywood involved is what the people really wanted. They don’t want it edited. But it reads like a textbook, in other words. It’s a manual…. Well, Dad went through “The Day After Roswell” and was yellow lining everything that he didn’t say and didn’t like. He got half way through it and quit because it was impossible. He had almost every page blacked out… This book [The Day After Roswell], my dad was really very upset about it… he did not proofread it.” 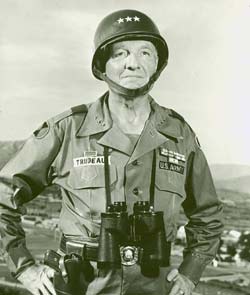 Executing General Arthur Trudeau’s orders at the Pentagon, Corso handled technical data and some mysterious components derived from the alien craft that crashed in Roswell, New Mexico, in early July 1947. Corso had also seen medical reports of the autopsies performed on the bodies retrieved at the incident site.

According to Corso, they determined that the craft was a biological spaceship, functioning in conjunction with a crew of EBE’s (Extraterrestrial Biological Entities). They were biological robots created through advanced genetic engineering, clones designed to withstand the extreme conditions of space travel. These EBE’s were able to drive their starship through a particular neural interface, whereby they could connect with the craft, becoming an almost integrated part of it.

Corso says he was responsible for handing parcels of alien technology to several industrial contractors connected to the US military. Their development would lead to discoveries such as night vision devices, Laser, fiber optics, transistors, and more.

Would such a highly-decorated military figure lie so blatantly? This is hardly believable, especially considering the affidavit signed by Corso, arranged by the Citizens Against UFO Secrecy (CAUS), a few weeks before his death. Unfortunately, we don’t have a corroborative statement by anybody who knew what Corso was really doing in the early 60’s when he was head of the Foreign Technology Research and Development department for the Army at the Pentagon. 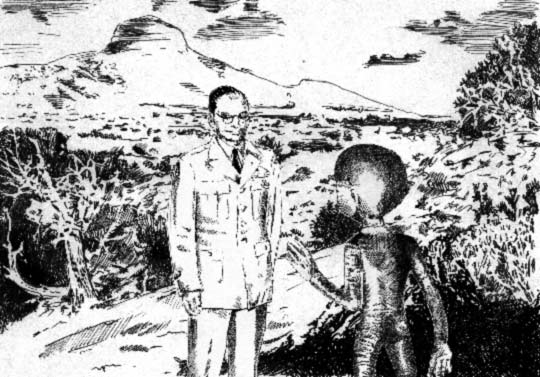 Attorney Peter A. Gersten, executive director of Citizens Against UFO Secrecy, Inc (CAUS), a non-profit Arizona activist organization dedicated to ending all secrecy surrounding this planet’s contact with an extraterrestrial intelligence, announced today that retired Army Colonel Philip J. Corso has sworn under oath to statements previously made in his best selling book ‘Day After Roswell.’

Gersten stated that Colonel Corso has provided CAUS, for use in its lawsuit against the Department of Army, with a sworn affidavit re-affirming previous statements that he saw alien bodies in July, 1947 and had the opportunity to read their autopsy reports in 1961.

This is the text of the Corso affidavit:

I, Col. Philip J. Corso, (Ret.) do hereby swear, under the penalties of perjury, that the following statements are true:

That at all times hereinafter mentioned, I was a member and officer of the defendant.

That during my tenure with the defendant I was a member of President Eisenhower’s National Security Council and former head of the Foreign Technology Desk at defendant’s Research & Development department.

That on or about July 6, 1947, while stationed at Fort Riley, Kansas, I personally observed a four-foot non-human creature with bizarre-looking four-fingered hands, thin legs and feet, and an oversized incandescent light bulb-shaped head. The eye sockets were oversized and almond shaped and pointed down to its tiny nose. The creature’s skull was overgrown to the point where all its facial features were arranged frontally, occupying only a small circle on the lower part of the head.

There were no eyebrows or any indications of facial hair. The creature had only a tiny flat slit for a mouth and it was completely closed, resembling more of a crease or indentation between the nose and the bottom of the chinless skull than a fully functioning orifice.

That in 1961, I came into possession of what I refer to as the ‘Roswell File.’ This file contained field reports, medical autopsy reports and technological debris from the crash an extraterrestrial vehicle in Roswell, New Mexico in 1947.

That I have personally read the medical autopsy reports which refer to the autopsy of the previously described creature that I saw in 1947 at Fort Riley, Kansas.

That said autopsy reports indicated the autopsy was performed at Walter Reed Hospital, which was under the authority of the defendant at the time of the autopsy.

That said autopsy report referred to the creature as an 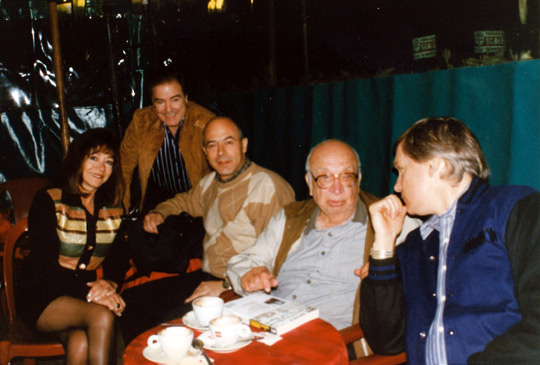 The manuscript of “Dawn of a New Age” is of essential importance in order to better know Philip James Corso and fully appreciate his fundamental contribution to the cause of truth. Not only for the Roswell incident, but for many very factual events narrated in his notes as he lived them. These are actual facts that do not appear in the over glamorized “The Day After Roswell”.

In closing, I’d like to quote a brief passage of a CNI News bulletin of July16, 1998. Announcing the death of Colonel Corso, was journalist and researcher Michael Lindemann: “Unpublished manuscripts and other UFO-related information left by Col. Corso will be protected and made available in due course to researchers and the public, Philip Jr. said. “This is what my father lived for,” he added.”